Co-Founder and President, ONE Community

“I have a clear vision that is inviting and engaging and starts with meeting people where they are at and valuing each individual’s contributions to our collective goal. “

In 2013, Hughey and the ONE Community team launched the UNITY Pledge — a concerted effort by Arizona businesses and individuals to advance workplace equality and equal treatment in housing and public accommodations for lesbian, gay, bisexual, and transgender individuals and their allies. More than 3,200 businesses and organizations and more than 20,000 Arizonans have taken the UNITY Pledge — the largest equality pledge in the nation. Hughey is also credited with the Multicultural Conversation with the Candidates, Spotlight on Success Local Heroes Awards and The State of LGBTQ Arizona collaborative report.

Hughey is a 2012 graduate of Valley Leadership Institute. She has won awards for her work as an independent filmmaker and was honored with the YWCA 2013 Tribute to Leadership Award for Public Service. She has received the HRC Individual Equality Award and was inducted into Echo Magazine’s Hall of Fame. Hughey is a 2012 Business Journal Diversity Champion and sits on the President’s Advisory Council for Phoenix College. ONE Community is the recipient of the 2012 Phoenix Pride Howard and Patricia Fleischmann Community Spirit Award. Hughey is a 2013 inductee into the Phoenix College Alumni Hall of Fame. Hughey and ONE Community led the Open For Business To Everyone coalition in the first quarter of 2014 in response to SB1062, which led to an educational campaign of the same name that focuses on diversity, inclusion and equality for all Arizonans to ensure the economic sustainability of the state. Echo Magazine named Hughey its 2014 Woman of the Year. In 2015, Hughey became the founding chair of Valley Leadership’s Leadership Advance Program for high-potential leaders, overseeing the program for two years. She was the 2016 recipient of the Anti-Defamation League’s Al Brook’s Community Leadership Award, is the recipient of the 2018 Positively Powerful Woman of Equality Leadership Award and is a 2018 Diversity Leadership Alliance Diversity Leader honoree.

Hughey was a member of the Arizona Community Foundation’s LGBTQ Philanthropy committee from 2016 through 2018. She currently sits on the City of Phoenix and State of Arizona 2020 Complete Count Census Committees, and also serves on the boards of the Phoenix Community Alliance and Visit Mesa. 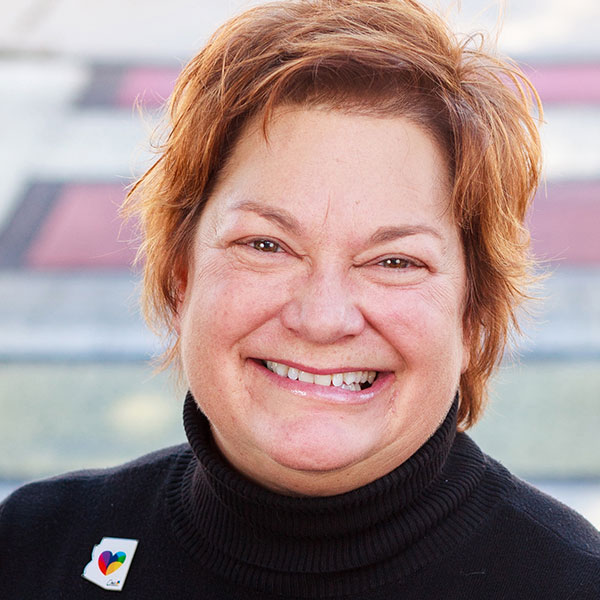