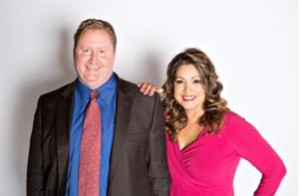 Established in 2003, Zanes Law is an 11-year firm with five offices, a track record of success on behalf of its clients, and 40 years of combined personal injury experience. Co-founder and supervising attorney Doug Zanes has won settlements exceeding $1 million for clients; CEO Claudia Zanes, a non-attorney, manages the company’s business, finances and community projects.

The office marks a return to Phoenix for Doug Zanes, a Douglas native who obtained his undergraduate degree from Arizona State University. After graduating from law school at St. Mary’s University of San Antonio, Texas, Zanes practiced law in Phoenix before starting his own firm in Tucson in 2003. Since then, he has represented thousands of clients and is a member of the Multi-Million Dollar Advocates Forum, to which fewer than 1 percent of U.S. lawyers are admitted.

Born in Nogales and raised with few material comforts, Claudia Zanes was an award-winning sales professional before starting Zanes Law with Doug in 2003. While Doug is fluent in Spanish, Claudia has led the firm’s presence in Arizona’s Hispanic community. Today, Zanes Law is widely known for providing personal injury representation that is fully bilingual as well as effective and successful.

The new office will also continue Zanes Law’s tradition of community involvement. The company has a strong track record of giving back, particularly to child- and family-oriented causes, and will continue to do so in Phoenix and Glendale.