You are here: Home / Just In / Heidi’s Village Breaks Ground in Phoenix; $20 Million Animal Shelter, Veterinary Clinic to be First of Its Kind in Arizona
Just In  |  Online  |

Heidi’s Village Breaks Ground in Phoenix; $20 Million Animal Shelter, Veterinary Clinic to be First of Its Kind in Arizona 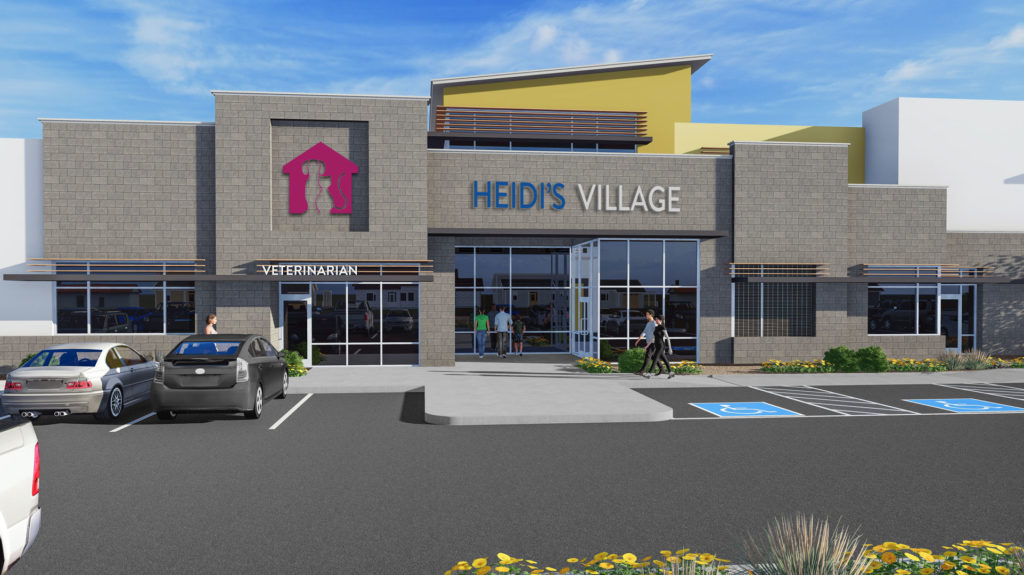 Today, the Virginia B. Jontes Foundation of Phoenix broke ground on Heidi’s Village, a 40,000-square-foot animal shelter and veterinary clinic planned for 600 N. 40th Street in Phoenix on the northwest corner of 40th and Fillmore streets in Phoenix. The $20 million facility, spread over five acres, expects to open in late spring 2020, and will be the first of its kind in Arizona.

“A unique animal shelter concept, the mission of Heidi’s Village is to foster a community where animals are treated with respect, dignity and compassion. We will work with animal rescues around the county to accept animals for temporary boarding when other shelters’ and rescue groups’ existing space is limited,” says Ellen Clark, executive director of Heidi’s Village. “We will care for these animals and provide medical intervention at a subsidized rate until the rescue groups are able to retrieve them and offer adoptions through their own means.”

An excerpt from Jontes’ speech during the groundbreaking event:

One of the two most often asked questions we get is what is Heidi’s Village, and who is Heidi?  Heidi is our inspiration. Heidi was our beloved dog who passed away three years ago. I met a woman in the course of my real estate business who was selling her house. I met her dog Heidi when I was viewing her house. Heidi’s owner was going through some hard times and was quite ill. We became friends; I helped her through her illness and agreed to take her dog upon her passing. Heidi was a schnauzer and became part of our family. She represents our desire to help not only animals in need but people who are in need.

We envision a world where all cats and dogs live in forever homes whose environment is healthy, safe and secure.

Once complete, Heidi’s Village will feature nine total buildings with thoughtfully developed boarding space for up to 250 dogs and 200 cats, though it is their goal never to house that many animals at once. The boarding area itself will be spacious and allow for outdoor recreation for dogs in limited play groups. Beyond that, Heidi’s Village will have a grooming facility, walking paths, obstacle courses and even a bone-shaped play pool onsite as well as full medical suites to provide surgery to animals. Cats, like the dogs, will have outdoor space of their own as well. 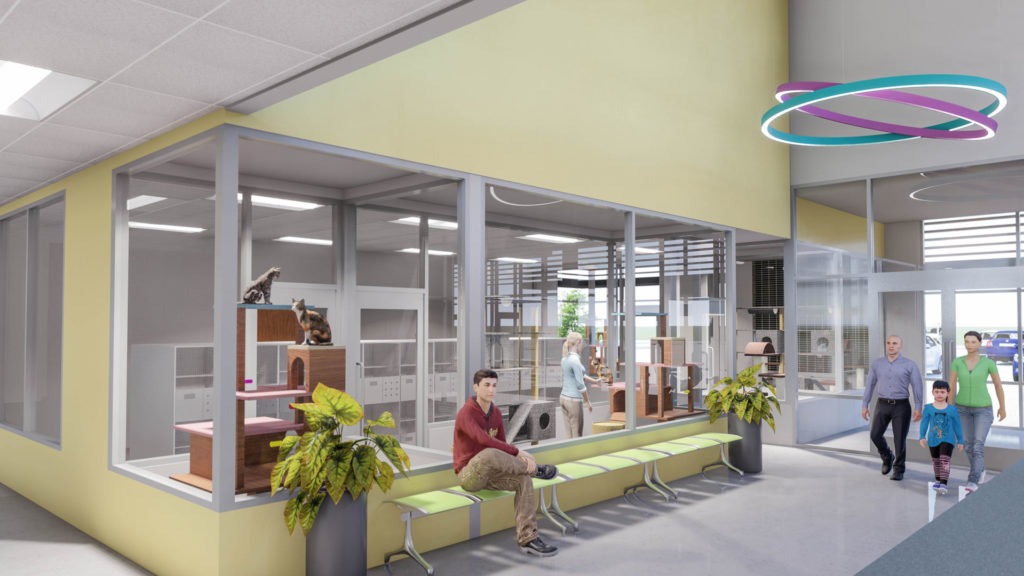 In addition, Heidi’s Village will provide a kitten nursery for orphan kittens who need to be bottle fed. These kittens along with dogs surrendered to Heidi’s village will be available for adoption when they are medically and behaviorally cleared for adoption.

“We originally bought this land in 2017 – it was an old vehicle emissions testing center. Our aim was to build a new headquarters on the land, but when we realized the location would provide too much of a commute for some of our team members, we were determined to find a truly special use for it,” says Barry Chasse, owner of Chasse Building Team, who sold the land to Virginia B. Jontes and donated all preconstruction estimating fees (estimated at $140,000) to help realize the dream of Heidi’s Village. “Our focus is ‘building to make a difference,’ and this project certainly will.”