You are here: Home / Just In / Experts Predict Stronger Growth Ahead for Tucson Economy
Just In  |    |

The Eller College of Management at the University of Arizona June 5, 2015 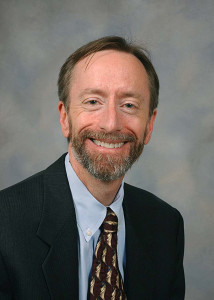 Tucson’s economic growth is expected to outpace the national economy by 2017. That was a key message during the University of Arizona Eller College of Management’s 2015 Mid-Year Economic Update Breakfast on June 3rd at the Westin La Paloma Resort in Tucson.

Hammond, who predicted in December 2014 that Tucson’s job growth will gradually improve by 2016, said job growth is predicted to accelerate from 0.5 percent last year to 0.9 percent this year, and rise again to 1.4 percent in 2016. Job growth is expected to continue in 2017, helping to fuel Tucson’s economy as it outpaces the national economy.

“Tucson’s employment was up 4,000 jobs over the year in April and it is forecasted to add 3,400 jobs this year and 5,200 jobs in 2016,” Hammond said. “Most of the new jobs will be gained in the service sectors, such as health services, trade, leisure and hospitality, and professional and business services.”

Coronado’s visit to Tucson marked the first time he participated in a UA event. His presentation focused on Mexico, with a special emphasis on the border economy.

U.S.-Mexico trade flows reached record high levels in 2014 at more than $530 billion, representing exports plus imports. “Automotive is the top trading sector as Mexico has made significant inroads into the North American auto manufacturing industry,” he said.

Regarding Arizona exports, state exports to Mexico rose by 22.2 percent in 2014. However, the recent appreciation of the U.S. dollar versus the peso will slow state export growth in 2016. The dollar/peso exchange rate is up by 16.3 percent from April 2014.

Low gas prices are increasing the funds available to households to spend and save. If prices remain $1 per gallon below 2014 levels, it could free up $368 per person in Tucson. Preliminary indications suggest that U.S. households are choosing to save, rather than spend, a significant portion of those funds.

Federal fiscal drag has diminished, but continues to weigh on the local economy. It is now joined by fiscal drag from the state and local sector. 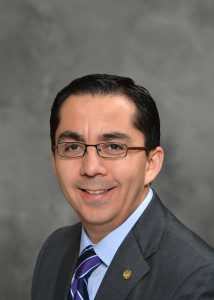 Mexico has been working on structural reforms since the 1980s.  This process accelerated since 2012 as Mexico has engaged in an aggressive structural reform agenda. Macroeconomic stability has been achieved mostly due to three factors: central bank independence; fiscal discipline; and openness to trade.  In spite of this, per capita income growth remains weak.   Therefore, the new reforms are needed to spur growth.

During the presentation, Hammond also shared updates regarding the Arizona-Mexico Economic Indicators website (azmex.eller.arizona.edu), which was launched in December 2014. Generous support from the Arizona-Mexico Commission, the Arizona Commerce Authority, the Arizona Department of Transportation and the Arizona Office of Tourism now allows Eller’s Economic and Business Research Center to provide the latest data benchmarking important economic relationships between Arizona and Mexico.

As the presentation came to a close, Hammond voiced optimism about the future. “Overall, Tucson will benefit during the next few years from faster U.S. growth, which will contribute to increased residential mobility across the nation and improved population gains locally,” he said. “The addition of more residents will boost housing and related sectors, which have lagged since the end of the recession.”

For more information or to view Dr. Hammond’s slide presentation, visit Eller’s Economic and Business Research website, ebr.eller.arizona.edu. The Economic and Business Research Center at the UA Eller College of Management provides the Arizona community of business and public-sector decision makers with applied research and information on economic, demographic, and business trends in Arizona.

The Eller College of Management at the University of Arizona is internationally recognized for pioneering research, innovative curriculum, distinguished faculty, excellence in entrepreneurship, and social responsibility. U.S. News & World Report ranks the Eller undergraduate program No. 11 among public business schools and two of its programs are among the top 20 — Entrepreneurship and MIS. U.S. News & World Report ranks the Eller MBA Full-Time program No. 56 in the U.S. In addition to a Full-Time MBA program, the Eller College offers an Evening MBA program, the Eller Executive MBA, and the No. 29-ranked Online MBA. The Eller College of Management supports more than 5,800 undergraduate and 750 graduate students on the UA campus in beautiful Tucson, Arizona, as well as a satellite campus at the Phoenix biomedical campus downtown.