You are here: Home / In Business / Wanted: Leadership Advice
In Business  |  Roundtable  |  November 2013 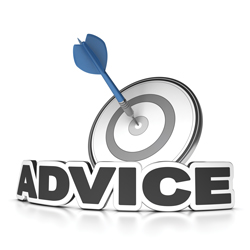 The old saying “It’s lonely at the top” seems to be as true today as ever. The 2013 Executive Coaching Survey recently conducted by Stanford University and The Miles Group found that nearly two-thirds of CEOs do not receive coaching or leadership advice from outside consultants or coaches, and almost half of senior executives are not receiving any, either. “What’s interesting is that nearly 100 percent of CEOs in the survey responded that they actually enjoy the process of receiving coaching and leadership advice, so there is real opportunity for companies to fill in that gap,” says David F. Larcker, the James Irvin Miller Professor of Accounting and Morgan Stanley Director of the Center for Leadership Development and Research at the Stanford Graduate School of Business, who led the research team that studied what kind of leadership advice CEOs and their top executives are — and aren’t — receiving, and the skills that are being targeted for improvement.

“Given how vitally important it is for the CEO to be getting the best possible counsel, independent of their board, in order to maintain the health of the corporation, it’s concerning that so many of them are ‘going it alone,’” says Stephen Miles, CEO of The Miles Group. “Even the best-of-the-best CEOs have their blind spots and can dramatically improve their performance with an outside perspective weighing in.”

Key findings from the survey — which polled more than 200 CEOs, board directors and senior executives of North American public and private companies — include:

There is a shortage of advice at the top. Nearly 66 percent of CEOs do not receive coaching or leadership advice from outside consultants or coaches, while 100 percent of them stated they are receptive to making changes based on feedback. Nearly 80 percent of directors said their CEO is receptive to coaching.

CEOs are the ones looking to be coached. When asked, “Whose decision was it for you to receive coaching?” seventy-eight percent of CEOs said it was their own idea; twenty-one percent said coaching was the board chairman’s idea. Seeing this as a positive trend, Miles says, “Becoming CEO doesn’t mean that you suddenly have all the answers, and these top executives realize that there is room for growth for everyone. We are moving away from coaching being perceived as ‘remedial’ to where it should be something that improves performance, similar to how elite athletes use a coach.”

Coaching “progress” is largely kept private. More than 60 percent of CEOs responded that the progress they are making in their coaching sessions is kept between themselves and their coach; only a third said that this information is shared with the board of directors. Miles believes there is beginning to be less secrecy as coaching is starting to lose its stigma. Larcker, although acknowledging a need to treat much of the coaching discussion as confidential, notes that “keeping the board informed of progress can improve CEO/board relations.”

How to handle conflict ranks as highest area of concern for CEOs. When asked which is the biggest area for their own personal development, nearly 43 percent of CEOs rated conflict management skills the highest. “How to manage effectively through conflict is clearly one of the top priorities for CEOs, as they are juggling multiple constituencies every day,” Miles says. “When you are in the CEO role, most things that come to your desk only get there because there is a difficult decision to be made — which often has some level of conflict associated with it. ‘Stakeholder overload’ is a real burden for today’s CEO, who must deftly learn how to negotiate often conflicting agendas.”

The top areas that CEOs use coaching to improve are sharing leadership/delegation, conflict management, team building, and mentoring. At the bottom of the list are motivational skills, compassion/empathy, and persuasion skills. “A lot of people steer away from coaching some of the less tangible skills because they are uncomfortable with touching on these areas or really don’t have the capability to do it,” Miles says. “These skills are more nuanced and actually more difficult to coach because many people are more sensitive about these areas. However, when combined with the ‘harder’ skills, improving a CEO’s ability to motivate and inspire can really make a difference in his or her overall effectiveness.”

The Center for Leadership Development and Research at Stanford Graduate School of Business seeks to advance the understanding and practice of corporate governance and executive leadership. Stanford University’s Rock Center for Corporate Governance is a joint initiative of Stanford Law School and Stanford Graduate School of Business. The Miles Group advises top global corporations through CEO succession, executive transitions, board assessment and training, and talent development.