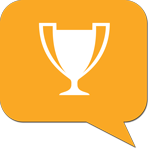 Vixxo, a national leader in facility and asset management solutions, is celebrating its one-year anniversary with more than 800 associates aligned around its mission to reinvent the facilities industry – and establishing its presence as one of Arizona’s fastest growing companies. Vixxo blazed new trails in asset management and data analytics in 2016 and is positioned for continued expansion throughout 2017.

In 2016, Vixxo emerged as a result of two industry leaders joining forces, FM Facility Maintenance and First Service Networks and their subsidiaries. During the first year, Vixxo claimed its eighth-year on the Inc. 5000 Fastest Growing Private Companies in America list, was named a top 40 company to watch in 2017 by Arizona Commercial Real Estate and its CTO, Gint Grabauskas was named a Computerworld Premier 100 Technology Leader.

Vixxo’s continuous growth is the result of a vision focused on leading the next generation of facilities management and having the driven and diverse talent to realize their goals. During the past year, Vixxo hired nearly 350 associates and had 80 internal promotions, with plans to hire 400 additional associates nationwide in 2017.

“When we launched as Vixxo one year ago, we set ourselves up to the challenge of redefining the industry,” said Vixxo CEO Jim Reavey. “One year later, we are proud to see this change happening. More importantly, our mission of enhancing how facility management works has just begun.”

Another 2016 milestone for Vixxo was rolling out its Asset Tagging Program. Asset tagging enables Vixxo to accurately identify, catalog and maintain robust maintenance protocols on critical pieces of equipment at the world’s largest restaurant, retail, convenience and grocery stores nationwide.

Clients working with Vixxo represent more than 150 of the world’s most recognizable brands, including Starbucks, 7-Eleven and Michaels. Vixxo, based out of Scottsdale, Ariz., maintains a network of 150,000 service providers and serves more than 65,000+ client locations throughout the U.S. and Canada.

Fusion, the technology platform powering Vixxo, allows businesses to make more informed decisions, saving an average of 14 percent on annual facility spend. Vixxo is the first in the facility management industry to give customers guaranteed savings and peace of mind that the local service providers completing the work on their assets meet Vixxo standards and finish the job promptly at a fair and reasonable cost.