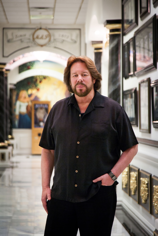 Michael Pollack demonstrates once again his immense generosity and commitment to giving back. The owner and CEO of Pollack Investments donated another $50,000 to Goodwill of Central Arizona this past month. The $50,000 donation is in addition to another sizable contribution, $250,000 Pollack donated back in 2010, which remains the organization’s largest individual cash donation in recent years.

According to Goodwill of Central Arizona, Pollack’s cash donations in addition to donations of commercial space and services now exceed more than $1.2 million dollars.

“I’m happy to give money and to support a cause that I know has had a tremendous impact on the community, and that is Goodwill of Central Arizona,” Pollack said. “For me it is truly an honor to be a part of what Goodwill stands for, and that is putting Arizonans back to work.”

Though Pollack has been awarded numerous times by Goodwill and other organizations for his efforts, in October Pollack will be helping Goodwill to honor others. Pollack will attend the Evening of Goodwill: Denim and Diamonds on Saturday, Oct. 11, 2014, as the organization’s presenting sponsor. The event will be held from 5:30 p.m. – 9:00 p.m. at the Crown P Corral at the Fairmont Scottsdale Princess, located at 7575 E. Princess Dr. Scottsdale, AZ 85225. The evening will recognize individuals and businesses that exemplify Goodwill’s mission: Put People to Work.

“Michael Pollack’s contribution to support the 2014 Evening of Goodwill as our presenting sponsor will allow us to serve more individuals seeking financial security through gainful employment,” said Jim Teter, president and CEO of Goodwill of Central Arizona. “It is with the generous support of individuals like Michael that Goodwill continues to put people to work throughout Central Arizona.”