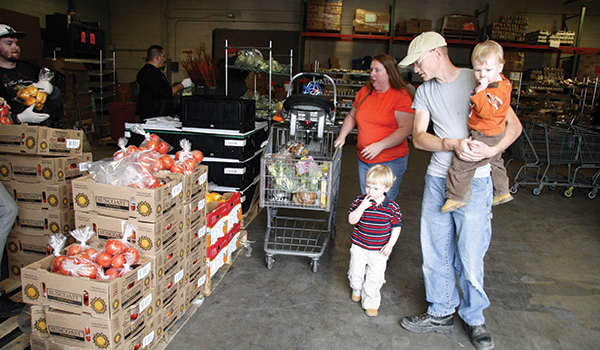 Incorporated in 1985 as United Food Bank, the food distribution center had begun two years earlier as United Food Distribution Center to support the many food pantries on the Valley’s East Side. “It was a combination of various [municipal] United Ways that existed back then and civic leaders who came together when folks in the East Valley decided we needed some help out here,” says Robert Evans, United Food Bank CEO, explaining there were food banks that served other parts of the Valley but on the East Side “a lot of organizations and food pantries were running out of food.”

United Food Bank now works with about 270 agencies and sites. “We supply all or most [of the food] for their food assistance programs,” Evans says. The amount distributed in the fiscal year that just ended in June was an all-time high of more than 21 million pounds of food — the equivalent of 17,500,000 meals, or food for nearly 48,000 meals every day for a full year.

It’s a year-round need, Evans emphasizes. “We become very popular in November and December. But ‘hungry’ is 24/7/365; we need help in July and August, too.”