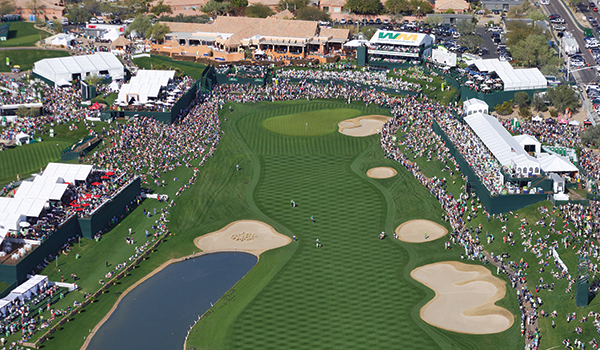 Last year’s Waste Management Phoenix Open enabled the Thunderbirds to give more than $5.5 million to Arizona charities. The venerable organization was founded in 1937 as part of the Phoenix Chamber of Commerce to help promote tourism to the area. A committee of five was formed, and each brought on board another 10, and the resulting size of 55 active members remains constant to this day. Members “retire” to Life Membership on their 45th birthday, opening up a membership spot for someone new.

It was Bob Goldwater, Sr., an active Valley businessman and an avid golfer (brother of Sen. Barry Goldwater), who suggested a golf tournament as the special event. A successful effort, the Phoenix Open became a signature event for the area and has raised more than $86.1 million for charities over its 76-year history. Now the Waste Management Phoenix Open, it boasts a title sponsorship that raises the event’s fundraising level; since 2003, when the tournament first brought in a title sponsor, it has raised more than $60.3 million.

The Open has been embraced as a community event, and was recognized by the PGA Tour with the “Most Engaged Community Award” in 2012, but its fundraising purpose remains strong. In planning and organizing the event, “we are driven by, ‘How can we increase the amount we give to charity?’” says Tom Altieri, Big Chief of the Thunderbirds.