The Costs of Democracy 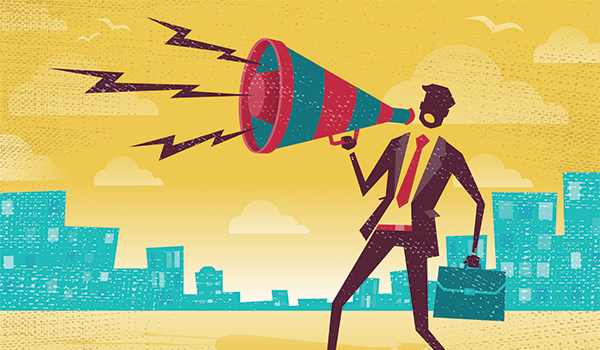 The courts decided long ago that money is an important component of political speech. Campaigns need it to succeed and citizens need it to raise their voices during the election process. After all, a campaign advertisement on television reaches a lot more people than a megaphone at the local park.

So, how can citizens and businesses use their resources to influence the outcome of an election? The answer is simple and a bit complicated at the same time.

Few, if any, dispute that money plays a significant role in our election process. For example, last year a combined total of $81 million was spent during the Arizona statewide general election in non-federal races. Of that, $4.4 million was spent on Proposition 206, the citizen initiative that raised the minimum wage, which has had a major impact on Arizona businesses. And the proponents outspent the opponents by a large margin.

Because money has the potential to corrupt, the courts have said that the manner in which elections are financed can be regulated by the government. Thus, it’s important for businesses wishing to influence the election process with their wallet to understand the basic rules.

The easiest way for a person to influence an election is to make a contribution to a campaign or candidate aligned with his or her interests. But it’s important to know the different laws that apply to contributions to campaigns versus candidates. For example, businesses opposed to the 2016 minimum wage ballot measure could donate to the political action committee organized to defeat the measure and there was no limit to how much they could give.

Strict limits, however, apply to contributions to candidates, whether from a business or an individual. The contribution limits for a statewide candidate or political action committee that gives to candidates are currently $5,100.  Those same limits apply to legislative candidates. Interestingly, the limits for local candidates are slightly higher at $6,350 because the Arizona Citizens Clean Elections Act, passed by the voters in 1998, reduced the limits by 20 percent, but only for statewide and legislative candidates.

That process generally involves choosing a chair and treasurer, opening a bank account and filling out a short statement of organization. Once the committee is open, it can begin to accept contributions and make expenditures. At this point, the committee is obligated to file reports and disclose those activities.

PACs are often organized by trade or industry, but there are, generally, no restrictions on who can organize a PAC.  For example, a corporation can form a PAC funded with voluntary donations from employees for the purpose of contributing to candidates supportive of the corporation’s interests.

Election transparency is important to voters. Polls consistently reflect voters’ desire to know who is trying to influence elections through campaign contributions and how campaigns are spending their money. Disclosure is accomplished by the filing of campaign finance reports with the election filing officer.

Campaigns are also required to include disclosures in literature and advertisements. Mailers and television ads include “paid for” notices to tell the public the name of the political committee responsible for the ad. The public can then inspect the political committee’s campaign finance reports, which are mostly available online. All statewide and legislative campaign finance reports can be found here.

Although steps have been taken to simplify and deregulate the campaign finance laws, challenges and pitfalls still present themselves for those wishing to influence elections with their wallets. It behooves everyone, whether acting on behalf of their business or as individuals, to be sure to know the limits. Those planning to form a political action committee should be sure to read the rules and not hesitate to ask questions of the election officials or to seek legal advice.