You are here: Home / In Business / The Ascension of Arizona’s 21st Century Healthcare Economy
In Business  |  By the Numbers  |  December 2019 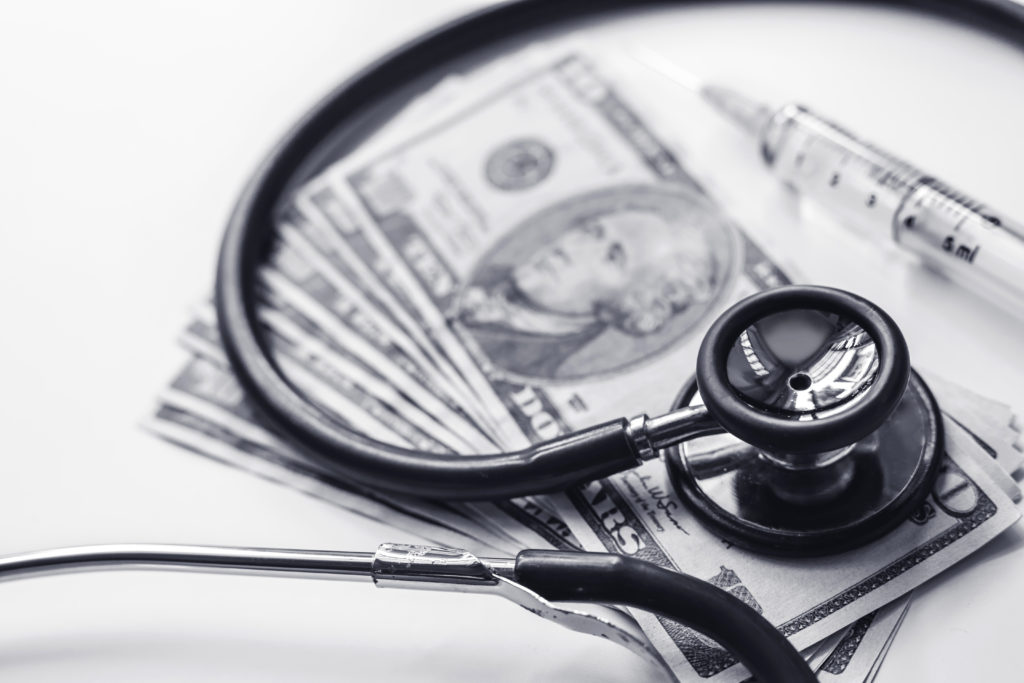 An advanced, diverse, and thriving healthcare industry is critical to Arizona, serving both as a magnet for attracting new residents, and providing world-class medical care to a state population that surpassed 7 million last year. The expansion of the Arizona healthcare sector is necessary to serve a population that continues to expand faster than the national average while capturing a significant share of the shifting national population. In 2018, the state ranked fourth in the nation for population growth, with an increase of 1.7 percent, and third in the nation for net migration, as Arizona continues to attract a significant portion of those who relocate from other parts of the country.

Backdrop: Economy + Jobs
The healthcare sector has proven to be both an engine of growth and employment stability in Arizona. Healthcare employment expanded during the Great Recession, at a time when Arizona shed nearly 300,000 jobs and total employment contracted 11 percent (Nevada was the only state with a steeper decline).

This reflects an ongoing trend in Arizona’s employment diversification relative to employment nationally. A recent study showed from 2006–2018 that the share of employment in the Education and Healthcare Services sector within Arizona rose the fastest relative to the overall U.S. average, while the share of construction employment in Arizona fell the most. Construction still provides 5 percent of the state’s employment base, down from 10 percent just prior to the onset of the great recession in 2008, which is a healthy sign that the employment base is becoming more diverse. This exemplifies how the state’s economy is becoming more diversified, a development that can help moderate the impact of any prospective national economic declines.

Provider Expansion
The expansion of medical facilities is indicative of the vibrancy of the statewide healthcare economy. Within Maricopa County, several hospital organizations are adding new facilities throughout the Valley. The Honor Health Sonoran Medical Center is a $120-million project located adjacent to its John C. Lincoln emergency center that is expected to open next September. This will deliver essential medical services to the rapidly growing suburbs in Phoenix’s north valley corridor. Other projects include the $648-million expansion of the Mayo Clinic’s Phoenix campus and a new $150-million Banner Health Medical Center in Chandler. Across the state, hospitals in Flagstaff, Prescott and Yuma have also completed in recent years or established sizeable capital projects to modernize and expand the medical services available to these outlying regions of the state.

A Growing Medical Education and Innovation Hub
Bolstering the growth in healthcare employment is the rapidly expanding pace of medical education and health science innovation in the state.

Compared to other regions of the country, Arizona has a relatively short history in medical education. While most areas of the country have had medical schools for more than a century, Arizona did not have a medical school until University Medical Center in Tucson was established in 1971. Arizona has a relatively low number of medical students per capita, a primary reason growth of the physician population in the state has not kept up with overall population growth.

In a key development that squarely addresses this need, Creighton University recently broke ground for its new Phoenix Health Sciences Campus, slated to open August 2021, which will include a four-year medical school. When completed, it is anticipated the medical school will train almost 500 medical students, providing a home-grown pipeline of physician talent to the state. This should help address the persistent doctor shortage in Arizona. The state ranks 38th for active primary care physicians per capita and 32nd for active physicians per capita.

Beyond medical education, the state has evolved into a hub for health sciences and innovation, with groundbreaking research taking place at the Phoenix Biomedical Campus downtown, Barrow Neurological Institute and Translational Genomic Research Institute. Advancements made in health sciences and technology by these organizations does more than simply impact the quality of life for Arizona residents. They complement the state’s burgeoning healthcare infrastructure, which, taken together, serve to attract companies that are evaluating relocation options and the skilled workforce necessary to fill new jobs. 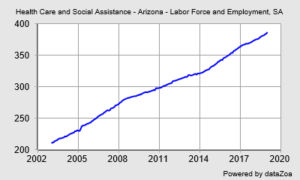 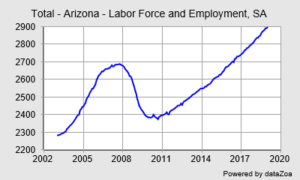 Anthony Tanner, CFA®, is senior vice president of Aquila Investment Management and the lead portfolio manager of Aquila Tax-Free Trust of Arizona. He has more than 30 years of experience in municipal bonds investing.