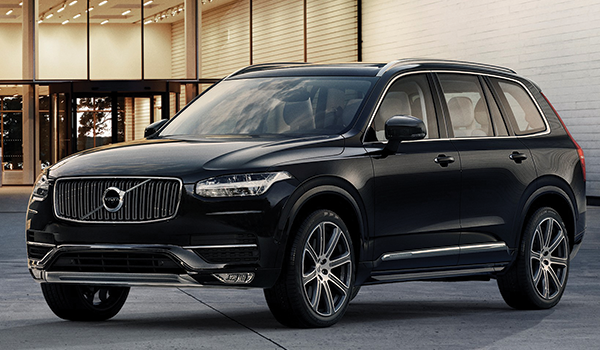 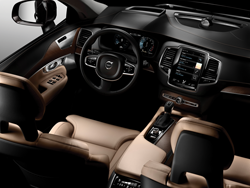 Volvo has long been a reliable and safe car, known for its cutting-edge practicality. This year, the 2016 XC90 is making Volvo macho, and distinguishing the car company as a viable “it” carmaker.

The XC90 Inscription is the top-of-the-line model that is both rugged and luxurious. The engine is an in-line four-cylinder supercharged and turbo-charged machine. It has 316 horsepower with 295 lb.-ft. of torque, and distributed some muscle in the luxury SUV market. The T6 engine and AWD features along with some “world-firsts” in safety are making this vehicle a true stand-out. The 2.0-liter, four-cylinder engine provides for the same power as many six-cylinders, and fuel consumption and carbon dioxide emissions are very low.

Unlike its predecessors, this version is stylish and has a tough and powerful stance. The hood is higher and looks and feels more like an SUV. The Rugged Luxury kit enhances the “ruggedness” of this vehicle. It includes matte black exterior trim, stainless steel skid plates, running boards with illumination, integrated exhaust pipes and comes complete with 22-inch wheels with diamond-cut silver rims. The panoramic glass roof ads great “roominess” inside. The LED headlights provide a more refined look. Combined with the rugged appeal, this edition of the XC90 is truly a marvel to look at.

Safety is always first priority for the Swedish carmaker. Several firsts include auto braking when turning in front of an oncoming vehicle, redirection in case of an accidental road departure, lane keeping aid supports, steel that’s more ultra-high strength than its predecessors and the most advanced standard safety package on the market.

Inside is soft, perforated Nappa leather, flame birch wood trim and many handcrafted details that make this a true luxury SUV. Volvo engineers replaced dozens of buttons and switches on the center console with intuitive voice control, thumb controls on the steering wheel and a large touchscreen to bring the best technology to the driver’s experience.