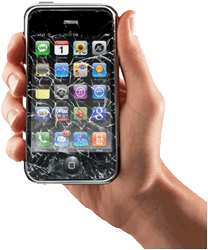 Combining his expertise in marketing and hers in repairing electronic devices, teen entrepreneurs Alex Leiphart and Jessica Atkinson launched iPhone and iPad repair business Appleite in October. Having an idea for a business is not what sets them apart from other teens, they believe; the differentiator is knowing how to put the business together.

Operating Appleite out of office space in Atkinson’s father’s business in the Desert Canyon Shopping Center in McDowell Mountain Ranch, Leiphart and Atkinson promoted the business heavily through Facebook, augmented with flyers at local community centers and word of mouth in and around the high school where Atkinson is a senior. They are working on developing cross-promotions with other businesses in the commercial center where they are located. With the nail salon, Leiphart says their pitch would be, “If their customer has a broken phone, she could drop the phone with us, and by the time her nails are done, the phone is fixed.”

Appleite’s website reflects Leiphart’s understanding of their target market. It’s a clean, minimalist design because “Apple customers don’t junk up their phone with apps. They’re into sleek, modern design.” He incorporated color theory, choosing green as a main color to convey on a subtle level the idea of “new start” and that getting a broken phone fixed “feels new; better,” he explains.

Leiphart and Atkinson hope they will serve as an example for other teens. “In talking to our peers, people have really good ideas; they just don’t know what to do with them,” says Leiphart, who is a year younger than Atkinson but graduated early from high school. “It’s exhilarating to be able to start our own business at such a young age. It opens up so many doors — learning about business, scholarships, experience.”