You are here: Home / In Business / Teen Lifeline: Hope and a Helping Hotline
In Business  |  Nonprofit  |  September 2012 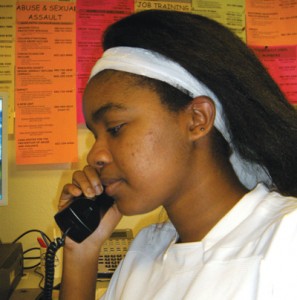 Talented teen performers headlining Teen Lifeline’s black-tie-optional Connections of Hope gala at the Montelucia on Oct. 6 will add a new vibe to the annual fundraiser, as the organization syncs the evening’s program to its mission of empowering teens to make healthy decisions. “We utilize teens in our delivery of service [of training and providing peer counselors to man the suicide hotlines],” says Teen Lifeline’s executive director Michelle Moorhead. “This will really celebrate Arizona’s youth.”

The gala also features the presentation of the Alfred J. Molina Community Lifeline Award, named in honor of its inaugural recipient in 2005. Honored this year will be Jerry Colangelo, who, says Moorhead, has been a force for making Phoenix a better place to raise a family. She admits there’s an extra aura of excitement now as Colangelo “is just back from London with a gold medal with the USA basketball team.”

Peer counseling remains an innovative approach to combating teen suicide, says Moorhead. “Teens turn to peers, not adults. [We] reach kids where they’re at and [help them] make better decisions for themselves.”