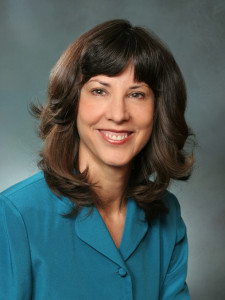 The editors note that Freeman “focuses not only on distressed real-estate acquisition and management, but, as a bankruptcy law specialist certified by the Arizona State Bar Board of Legal Specialization, her practice also encompasses all aspects of business bankruptcy. She has briefed more than 300 appeals and argued many of them, primarily in Arizona appellate courts and the Ninth Circuit U.S. Court of Appeals.”

In addition, Freeman has substantial experience arguing before the U.S. Supreme Court. She represented prominent law professors as amici in presenting persuasive arguments to the Supreme Court in the Hood and Katz cases concerning sovereign immunity in bankruptcy. She also successfully petitioned for certiorari, briefed and argued to the Supreme Court the Hall v. United States case.

Freeman is the only lawyer invited to membership and leadership in both the American College of Bankruptcy and the American Academy of Appellate Lawyers.

Benchmark’s Top 250 Women in Litigation is a definitive guide to North America’s leading women litigators. The winners were determined through an analysis of the markets after an exhaustive research cycle beginning in February 2015 and ending in June.