You are here: Home / In Business / Sundt Promotes Teri Jones to President of the Building Group
In Business  |  Positions  |

Sundt Promotes Teri Jones to President of the Building Group

Teri Jones has been promoted to president of the Building Group for Sundt Construction, Inc. 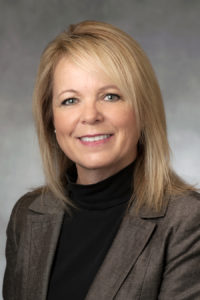 Jones brings nearly 40 years of experience in the construction industry to her new position. She joined Sundt in 2000 as a Principal in Charge for the Sacramento Region, and today she is the company’s highest-ranking female executive. In 2006 she was promoted to Business Development Manager for California, and in 2016, was promoted to Senior Vice President, Building Group Manager, a group that has flourished under her leadership. The Building Group is responsible for more than $800 million of work this year across California, Arizona, New Mexico and Texas. Under her leadership the company’s building revenue grew by over 50 percent.

“Teri has achieved many important accomplishments as a leader at Sundt,” said G. Michael Hoover, Sundt’s president, CEO and Chairman of the Board. “She took three separate districts and merged them into one cohesive Group made up of almost 400 people and 78 active projects.  Now that she has been empowered with greater mastery, autonomy and purpose, I expect she will continue to bring continual success to the organization.”

Jones has developed expertise in nearly every aspect of construction while advancing through multiple positions during her career, including estimator, project manager, project executive, owner’s representative, inspector, district manager and CEO of her own construction company.

About Sundt
Sundt Construction, Inc. (www.sundt.com) is one of the country’s largest and most respected general contractors. The 128-year-old firm specializes in transportation, industrial, building and concrete work and is known for its commitment to quality and innovative approach to construction services. Sundt has 11 offices throughout Arizona, California, Texas and Utah and is 100-percent owned by its approximately 2,000 employees. Sundt currently is ranked the 65th largest construction company in the United States by ENR, the industry’s principal trade magazine. The company is consistently ranked among the Best Places to Work by business publications in multiple cities, and it was named the nation’s safest construction company by the Associated General Contractors of America twice in a decade – an honor no other contractor can claim. Sundt’s charitable arm, the Sundt Foundation, recently crossed the $8.6 million mark in donations made to hundreds of nonprofit organizations across the country.