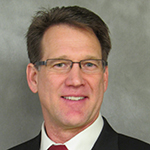 In his new role, Gohl oversees Sundt’s Southwest preconstruction team of estimators and support personnel, as well as handles the coordination of all preconstruction activities, including estimating, procurement, contracting and subcontractor selection.

Gohl’s construction management experience spans more than 26 years and includes work primarily on large, complex hospitality and entertainment industry projects such as boutique properties, resort hotels, casino resorts, select service hotels and five-star luxury properties. While at Sundt, he’s managed the preconstruction phases for many notable projects, including the College of Engineering’s Innovation Building at the University of Arizona and the Henley Hall Institute for Energy Efficiency at University of California, Santa Barbara.

Prior to joining Sundt, Gohl spent five years as vice president of preconstruction for one of the nation’s leading civil and building construction companies. He also served as a faculty associate at the Del E. Webb School of Construction at Arizona State University, where he earned a bachelor’s degree in construction management.

Sundt Construction, Inc. is one of the country’s largest and most respected general contractors. Known nationally for its innovative approach to construction services, the firm is currently ranked the 62nd largest construction company in the United States by ENR, the industry’s principal trade magazine.