You are here: Home / In Business / Starting a Business? Make Good Choices on Entity Type
In Business  |  Legal  |  Online 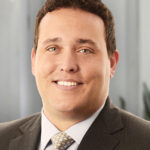 One of the first and most important decisions an entrepreneur will face in launching a new business is what type of entity to incorporate as. In this article, we’ll focus on some of the pro and cons associated with three common choices — corporation (also sometimes referred to as a “C corporation” because it is taxed as a separate legal entity under Subchapter C of the Internal Revenue Code), limited liability company and S corporation (a corporation for which an election under Subchapter S of the Code has been made, thereby giving the corporation pass-through tax attributes similar to those found in LLCs).

While there are certainly others, three of the more common factors we will examine are (1) cost and complexity of the initial organization, (2) how widely ownership will be held and by whom, and (3) whether the organization expects to distribute profits or losses.

Cost and Complexity: While there are, of course, exceptions (e.g., if the initial organization involves the preparation of a complex charter documents, a shareholder agreement or similar items), the initial formation of a corporation is generally simpler and less expensive than that of an LLC because of the requirement for an operating agreement, which functions in effect as a partnership agreement and constitutes a customized and negotiated legal document.

Ownership: If the entity is to be widely held, a C corporation will often be the entity of choice. S corporations are typically not suitable because they are limited to 100 shareholders, all of whom must be U.S. citizens or resident aliens and (with a few limited exceptions) natural persons. Likewise, the partnership nature of an LLC and requirement for an operating agreement can make an LLC a cumbersome choice as the ownership ranks swell.

Profits and Losses: If the company expects to distribute profits immediately, the pass-through tax attributes of an LLC or S corporation will make it the entity of choice, compared to a C corporation which will incur taxation at both the entity and shareholder levels. Similarly, if the company expects to generate losses, an LLC or S Corp will permit those losses to be passed through to the shareholders to deduct against personal income.

Michael Gillette is a business attorney with Posinelli who works with emerging and established companies, investors and entrepreneurs across a number of industries. His clients rely on him for counsel on corporate structuring, financing, negotiating agreements, joint ventures, M&A and other business matters.