You are here: Home / In Business / SmartGurlz Sparks Passion in Computer Sci
In Business  |  Startups  |  July 2020 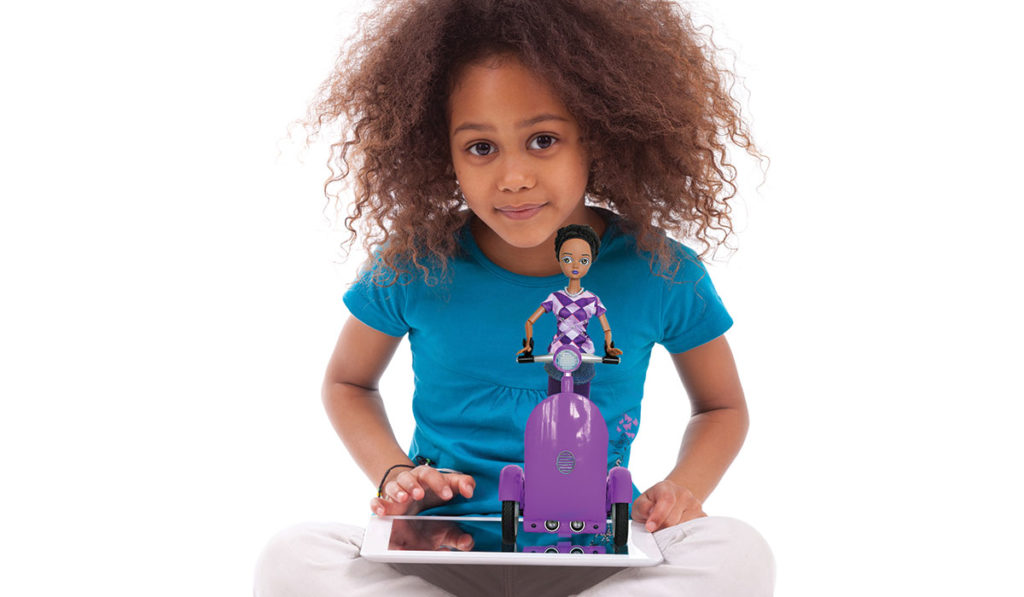 Appearing on ABC’s “Shark Tank” earlier this year, SmartGurlz founder Sharmi Albrechtsen beat out 40,000 other entrepreneurs and negotiated with guest “shark” Richard Branson before closing a deal with Daymond John on her line of groundbreaking toys that use an award-winning robotics platform to teach basic coding skills to girls as young as six years old.

“Many girls’ toys lag behind in the development of spatial skills, hands-on problem solving skills, and confidence with coding and computer science,” explains the Scottsdale resident. “These are exactly the skills that SmartGurlz aims to develop.”

Albrechtsen, a robotics aficionado, educator, author and mom with a passion for closing the diversity gap in technology, started SmartGurlz in 2015 after becoming frustrated with the lack of STEM toys available for her daughter. The SmartGurlz flagship product, Siggy, was the first robotics product designed specifically for girls. More than 30,000 girls have been educated with SmartGurlz. The Scottsdale-based company partners include BlackGirlsCode, Girl Scouts of the United States of America and Morrison Mentors. Its recently expanded product line now includes Smart Buddies (a joint-venture with Pitsco Education), which features a diverse set of characters suitable for both girls and boys, is targeted toward schools.

“Due to COVID-19, our warehouse for SmartGurlz was shut down for 15 weeks. We, therefore, transferred all customers to Smart Buddies and created a virtual education opportunity,” she says, explaining the company’s name is still SmartGurlz but it can offer only its Smart Buddies range during the pandemic. “Luckily our school distribution company stayed opened and delivered during the pandemic.”

Since May 1st, SmartGurlz has been offering free webinars and reduced-priced camps. “Our camps became an overnight success, selling out in weeks and named Best Virtual STEM Camp by Good Housekeeping,” says Albrechtsen. “Therefore, we expanded our camp offerings and only offer an occasional webinar.”

Sharmi Albrechtsen was recently given AdWeek’s Disruptor Award in Championing Gender Diversity in Advertising and Tech. She has also been named Women Entrepreneur of the Year 2018 by the Asian Chamber of Commerce as well as named a Morgan Stanley Multi-Cultural Innovation Lab fellow. Albrechtsen has been featured in Forbes, Huffington Post, Financial Times, “Fox Business News,” “Fox and Friends” and CNN. She is also a featured TEDx speaker.

The unique, interactive, self-balancing robots and dolls that comprise the SmartGurlz line are controlled with the SugarCoded™ App than can be downloaded onto an IOS or android phone or tablet that, once downloaded, requires no Wi-Fi, just Bluetooth. A full, step-by-step tutorial teaches basic coding strategies so young girls can maneuver the toys around obstacle courses of their own design. With several levels of learning and challenges, the toy keeps kids occupied several hours a week for four to six months.