You are here: Home / In Business / Slander Lawsuits: Complicated and Costly
In Business  |  Legal  |  January 2015

Proving and prosecuting slander can be a risky business decision 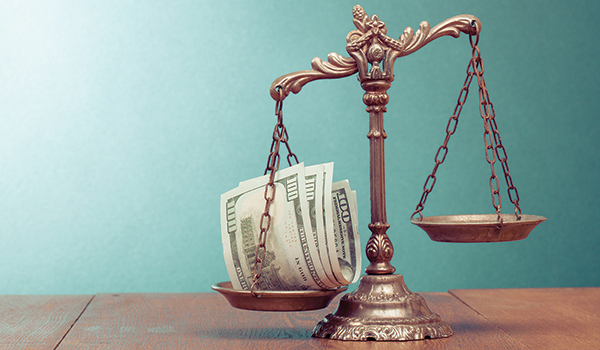 Someone is defaming you or your firm … what action should you take? Before even considering legal action, it’s important to understand what defamation is. “Defamation is making a false statement about someone that causes damage to his or her reputation,” says Daniel Barr, a partner in the Phoenix office of Perkins Coie, LLP. “Libel is written defamation and slander is spoken, but because there is little difference in the law between the two, libel and slander have come to mean the same thing.”

Barr says his firm handles fewer defamation cases than years ago. “This is in part because the online world gives people a less expensive way to respond far more effectively,” he explains. “Thirty years ago, a business owner would demand a retraction or a clarification if he or she believed a newspaper story was libelous and would have to wait days for a response. In today’s world, however, an unfavorable or libelous story can be responded to or corrected instantaneously online, often in the same news cycle. In many ways, the technology has stripped away the need to file a libel suit.”

To prove defamation, there first needs to be a written or spoken statement that can be proven true or false. “It has to be a statement of fact concerning the plaintiff and then communicated to a third party. It also has to injure the person’s reputation,” Barr says, adding that under Arizona law, a “true” statement doesn’t have to be absolutely true, but it has to be substantially true. A statement is substantially true when minor inaccuracies do not cause any further harm than the absolute truth. For instance, Barr says, imprecisely describing a violation of securities laws as “fraud” or stating that someone was “suspended” when he was placed on administrative leave have been held by courts to be substantially true statements and therefore not libelous. Libel becomes even more difficult to prove when it involves a public figure or public official. “Even when this involves a limited purpose public figure, such as a high-profile businessperson, actual malice needs to be proven. You need to prove by clear and convincing evidence that the person making the statement knew it was false when it was published,” he says.

If the libel or slander is directed at a business as opposed to a person, it could be described as “business slander” or “business libel,” but the law does not recognize a separate tort for that. “It is very easy for a business to think that it has been defamed. It is much harder to prove,” says Roger Hall, an attorney with Scottsdale-based Buchalter Nemer. “Opinions are generally not subject to defamation actions, so the focus of a lawsuit would have to be on proving that specific facts were false. It is also difficult to prove damages. How would a business ‘prove’ that a particular statement by a particular individual harmed its reputation? Even if sales or traffic drop, it might be hard to prove the precise cause of that,” he says.

In Arizona, there is a one-year statute of limitations, after the act occurs, to file a defamation lawsuit. As with any litigation, Hall says businesses should carefully consider the pros and cons before getting involved in a defamation lawsuit. “Defamation cases can be very fact-intensive, thus requiring multiple depositions, which are time-consuming to prepare for and take or defend. They may require electronic discovery of information on computers and in emails, which can mean hiring special firms that have expertise in doing that. Expert witnesses might also be needed, which also costs a lot of money,” he says, adding that a case going to trial could cost anywhere from $40,000 or higher just in attorneys’ fees and related litigation costs and expenses. “An appeal would drive those fees even higher, perhaps adding another $20,000 or more to the total,” he says.

As for how litigation affects the goodwill reputation of a firm, Hall says it depends on many factors, including the size of the business, it’s prior reputation, if it is a niche business, whether it is already high-profile or not, and the number of people the defamatory statements reached, including if the statement or story went viral. “It is important to act quickly,” he says. “If it is a relatively straightforward case, it might be possible to settle or resolve it with a cease and desist letter.”

Dan Barr, a partner in Perkins Coie’s Litigation practice, has nearly 30 years of experience in the area of civil litigation involving constitutional, employment, media and political law issues. He represents several news media organizations, including the First Amendment Coalition of Arizona. Books he has authored include Arizona Reporter’s Handbook on Media Law, and Survey of Arizona Libel Law.

Roger Hall is an attorney with the Scottsdale office of Buchalter Nemer, and is co-chair of the firm’s Litigation Practice Group. He has a multi-faceted practice, with experience in commercial litigation and appeals; lender litigation and appeals; education law; employment and wage & hour law; bankruptcy (creditors’ side); and First Amendment cases.