You are here: Home / In Business / SimonCRE Celebrates Five-Year Anniversary
In Business  |  Achievements  | 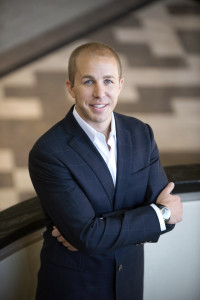 In five years, SimonCRE has grown from a three-person operation to a thriving commercial real estate development firm with fifteen employees and an extensive portfolio of projects purchased and developed stretching from Oregon to Florida.

Founded in 2010 by Joshua Simon, the Scottsdale-based company celebrates its five-year anniversary this month.

Prior to founding SimonCRE, Simon spent more than six years as an independent contractor for a national development company in the capacity of a developer and senior leasing associate.  His primary role was the due diligence, acquisition, design, development, and leasing for more than 1.6 million square feet of retail space located throughout the country.  He played a direct and vital role in opening and growing the Arizona office from three employees to more than twenty.

Simon has always been a very active entrepreneur.  He created a hosted VoIP company in 2010, which specialized in business communications called One Stop Voice.  After almost four years of growth, Simon sold it to a publicly traded company to focus on the tremendous growth SimonCRE was experiencing.

“We have built our team based off of referrals, and the combined real estate experience of my team is monumental — 180 years to be exact,” says Simon, president and founder of SimonCRE. “Many of my colleagues were interested in my business strategy and our tremendous growth plan and wanted to be a part of it.”

A local project of significance is West 6th, the former Tempe Centerpoint. SimonCRE acted in an advisory capacity during the due diligence and also handled the leasing of the ground floor retail space. SimonCRE currently has more than fifty projects in the pipeline valued at more than $100 million, creating thousands of jobs across the country.  The projected total transactional volume will surpass $140 million in 2016. There are seven projects currently under construction in three different states.