You are here: Home / In Business / Seeking Sales Tax Change that’s Good for Business, Good for Cities
In Business  |  Roundtable  |  May 2013 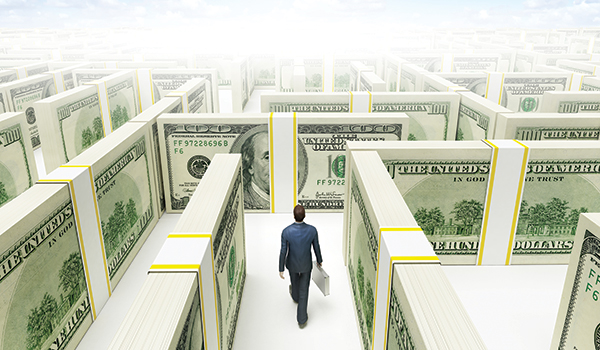 Governor Brewer’s creation of the Transaction Privilege Tax Simplification Task Force last year addressed the long-simmering concern that Arizona’s sales tax system is complicated, with the individual municipalities having their own tax rates. In fact, “Arizona has the most complicated system in the nation,” says State Representative Debbie Lesko (R, Dist. 9), author of HB 2657, which seeks to simplify the sales tax system for small and large businesses alike. Her goal, she explains, is to cut down on the paperwork and number of audits businesses are subjected to. A third major part addresses the current prime contracting system.

“It puts us in line with what 46 other states are doing,” says Rep. Lesko. Additionally, “it aligns our state with the requirements of the 2013 Marketplace Fairness Act,” the federal legislation for online taxation, none of whose requirements Arizona currently aligns with. If HB 2657 passes, says Lesko, “our state would be in a position to decide if we want to tax online sales.”

Arizona’s cities and towns also have a big stake in the system — because “we put all our eggs in this basket,” says Ken Strobeck, executive director of the League of Arizona Cities and Towns, explaining the tax policy Arizona chose to pursue over the last 50 years was a reliance on sales tax over income or property tax as revenue source. But what was established in the 1980s as a model city tax code, with the state and cities closely aligned, changed over time as different interest groups were given exemptions by the state legislature and cities also adjusted rates on different categories of taxes (called “green sheet exceptions”), Strobeck explains. Arizona is the eighth-largest state in the nation, geographically, and its many regions have, among other differences, differing economic drivers. “So it’s hard to do one-size-fits-all,” he says. However, the League members have also been moving to help simplify the sales tax system, eliminating most of the green sheet exceptions.

Tax collection, as now proposed in the bill, takes advantage of technology to program geo-coding that enables businesses to go to an online portal at the Department of Revenue as a single point of collection. This boon for businesses, which also cuts down on the workload the DOR would have faced under the bill as initially written that simply moved collection for all 91 Arizona cities to the DOR, was suggested by the League of Arizona Cities and Towns, and Strobeck notes the cities and towns will pay for the program, “not the state, not business.”

Lesko has also been open to negotiation with the cities and towns over having the DOR take single responsibility for business audits. “Businesses complain about multiple audits, especially when they have multiple sites in multiple jurisdictions,” Strobeck admits. But the cities’ position was that they have more auditors, and those auditors know the communities. What the League suggested was a single auditing entity in the DOR, with one audit for multi-city businesses but maintaining the city auditors for those businesses that operate in only one city. All auditors would be trained to the same standards, and businesses would go through the audit once for all levels of government.

Discussion on the third major part of HB 2657 — the construction sales tax — centers on whether the tax would be collected where the work is done or where the materials are purchased. The current prime contracting systems requires contractors to pay in every city in which they do work, and they pay on an estimated materials cost of 65 percent of the project. Describing this as “onerous and burdensome” on such tradespeople as electricians and plumbers, Lesko says, “My legislation would change this, having them pay tax on materials only (which the DOR estimates is 41 percent [of the project]). And it saves the contractor from any paperwork, since they pay at the point of sale.”

A pure point-of-sale approach, however, “goes away from the underlying principle of [assessing the] tax where there is impact on the community,” Strobeck says. Plus, “materials may not even be bought in the state” — so the state itself might lose revenue.

“They have a legitimate concern; if they do not have a building supplier in their city, they’re afraid they’d lose revenue,” Lesko says. Her modification is to go with the planned change to collect sales tax on materials at the point of sale, but also double the revenue sharing to the cities plus allow the cities to charge a local construction tax that is capped at the current tax rate. She believes this will heavily favor Phoenix and Tucson as they probably have most of the construction supply stores, but she’s proposed to the League of Arizona Cities and Towns that members work that issue out among themselves.

The point, for Rep. Lesko, “is about trying to make it more simple for the small businesses and the large businesses to spend more time on their business instead of filling out all this tax paperwork.”