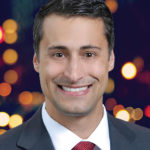 Real estate is, historically, the basis of wealth. As an economic factor, it’s an industry that underpins an enormous swath of other industries. The state of investment in it, then, has a broad impact on the economy at large.

As one of the largest industries in the state, real estate impacts Arizona’s economy in a multitude of ways. Phoenix, specifically, is in prime position to see continued growth in real estate due to two primary drivers: net migration and job growth. Net migration from other states and countries has accounted for more than 62 percent of Arizona’s total population change in each of the last four decades. An average of 223 people per day are moving to Maricopa County alone, making Phoenix the fastest-growing city in the country. Furthermore, the Greater Phoenix Economic Council forecasts 18-percent employment growth over the next decade, nearly double the national average of 10 percent. As a result, new construction and renovation of single-family homes, apartment communities, office buildings, industrial facilities and retail centers will be necessary to satisfy the needs of our ever-growing community.

The new tax law, Tax Cuts and Jobs Act of 2017, impacts the flow of money within the real estate sector as investors determine where and how they will direct their funding. The cover story goes into this in depth. And, with Arizona — Metro Phoenix in particular — long a favored location of Canadian businesspeople, the cover story also includes a segment that looks at current activities and trends by this significant source of investment.

Among other features this month is a look at how cultural differences may play out in business growth as ATHENA International founder Martha Mertz compares the leadership styles of businesswomen in the U.S. and China. Audrey Epstein offers an unusual perspective on disagreement as a positive force for business leaders in building teams. The special section this month profiles commercial real estate leaders and leading properties.

Articles on healthcare, technology, franchising and more round out the content of this month’s issue of In Business Magazine, which is always focused on helping further growth in our business community.

It has been an honor to work with the professionals at In Business Magazine on this May issue, and I hope you enjoy the read.

Ryan Sarbinoff moved to Marcus and Millichap’s Phoenix office in January 2017 as vice president and regional manager following 11 successful years with the company as retail investment sales agent, sales manager, and regional manager for the Indianapolis, Cleveland and Cincinnati offices. He also serves as the broker of record for Marcus and Millichap’s Arizona operations.

Sarbinoff earned his bachelor degrees in history and criminal justice at Indiana University. An active member of NAIOP, Valley Partnership and Urban Land Institute, he has also devoted time to numerous community organizations that include Brokers for Kids, Ryan House and NAIOP Dream Team, among others