You are here: Home / In Business / Rick Smith’s Product Revival Initiative Sparks a Corporation
In Business  |  From the Top  |  June 2011 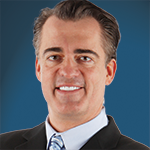 TASER International, Inc. was recently named to the MDB Capital Group’s “Best & Brightest” list of innovators for 2011. For CEO and founder Rick Smith, whose company has achieved worldwide sales of an estimated 543,000 units since its launch in 1993, the honor further reinforces the concept that motivated him to develop and market the TASER electronic control devices (ECDs). “We’re in the business of saving lives and of trying to make communities safer,” says Smith.

Smith took an interest in alternate methods of self-defense when two of his friends were killed in a road rage incident. Shocked that “the state of the art in self-defense was to put a bullet in somebody,” Smith was motivated to explore better protection options. “I got convinced that technology needed to play an important role.” In 1993, as a 23-year-old recent college graduate, Smith made the decision to pursue his vision of creating a non-lethal weapon rather than look for a job after completing school. “I thought, ‘I’m going to start working on this and see where it leads.’”

Jack Cover, the original inventor of the TASER (Thomas A. Swift Electric Rifle), had begun working on it in 1967 but hadn’t had the proper technology to proceed. Familiar with Cover’s previous work on the development of a non-lethal weapon, Smith contacted him and they decided to collaborate on the re-creation of the TASER. He founded the company with his brother, Tom, and Cover offered his guidance both in shaping the direction of the business and providing knowledge as
an inventor.

After accumulating $25,000 from friends and family, the Smith brothers began working with Cover in Tucson to build a prototype to submit to the Bureau of Alcohol, Tobacco and Firearms for approval. Cover’s old TASER was never legally approved. It was a firearm that used gunpowder and was disguised as a flashlight. The final prototype for the new TASER, which used compressed air, was approved. Built in a garage, it used a gas capsule that was made out of a tire valve welded into a metal canister. Now, the 100,000-square-foot headquarters and manufacturing facility in Scottsdale employs a work force of about 300 that Smith describes as “passionate, bright, motivated people who care about what we’re doing” and offers a plethora of products for personal safety, law enforcement, military and wildlife use.

TASER is always working on new products in conjunction with its continual development of innovative technology, and is currently in the process of launching the TASER X2. With its advanced features that include an immediate back-up shot and TASER’s “Cross-Connect” technology that ensures contact through six dart combinations after a missed shot, Smith has reason to believe the X2 will “rapidly become the new flagship.”

In the early stages, government approval to market the product was just the first hurdle to overcome. Marketing came next. The TASER was initially launched to consumers through trade shows, but marketing TASERs to private individuals didn’t receive the overwhelming response Smith was looking for. When the product wasn’t meeting sales goals in the consumer space, Smith had an epiphany while conducting focus groups. It was brought to his attention that the product would be significantly more well-received by consumers if they saw that police deemed TASERs a tool that was safe and effective enough to use in their line of work.

Smith then approached the law enforcement market in 2000, seeing it as an opportunity for TASER to truly prove its ability to make a difference in self-defense. However, he realized the challenge would be overcoming skepticism and convincing police that the device worked. “We had to find ways to explain to people how these devices work, why they’re safe, and prove that they’re effective,” says Smith. He hired a former Marine and combat specialist as the chief instructor, and sent him around the country to conduct training demonstrations at police departments.

Volunteers were an important component in the process. Many people were willingly shot by the TASER. “The key was a grassroots campaign,” says Smith. The first law enforcement agencies to carry TASER products were the local Chandler and Mesa police departments; the police department in Amarillo, Texas; sheriff departments in DeKalb, Mecklenburg and Clackamas counties in Georgia, North Carolina and Oregon, respectively; and Racine Correctional Facility in Wisconsin. Soon, police all over the country began carrying TASER ECDs. Now, more than 16,000 military and law enforcement agencies have purchased them. The Smith brothers have added to their selection by producing new ECDs consistently since the release of the first TASER.

For Smith, it’s all about following through on an idea. “You just have to get started — it’s not clear at all where the business is going to go. Everybody has a great idea, but most don’t act on it.”