You are here: Home / In Business / RaeAnne Marsh
In Business  |  Online  | 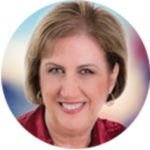 I’ve been with InMedia Company for eight years, and have helped launch two exciting publications: In Business Magazine and Vicinity Magazine. The latter is a hyper-local publication aimed at strengthening the ties of community within a neighborhood by connecting at the most essential level those who live there with the entertainment, shopping and other services “in their own backyard.” The bulk of my attention, however, is taken by the former, with its broader focus on supporting the business community of this fifth-largest metropolitan region in the United States — the Greater Phoenix area.

New businesses are founded, out-of-staters bring new strengths, established businesses evolve and expand — all of which contributes to the dynamic vitality that I see as the mission of In Business Magazine to be the voice of and vehicle to nurture, in each monthly edition. We recognize, too, that there are myriad factors that impact business — from internal differences in leadership and decisions regarding marketing to external affairs such as regulations and technological advances — and it is my challenge to ensure each edition is packed with relevant information on a broad spectrum of issues, aimed at a readership that spans the spectrum from entrepreneurial startup to major corporation.

I am often told — in exasperation a s much as admiration — that I am exacting in trying to maintain journalistic standards. But language is intended to communicate, and to that end I believe it is imperative that communication be accurate in content and in style. Information must be right when it is disseminated; inaccurate information may be able to be corrected to at least some extent, but subconscious impressions once imprinted can affect a person’s perceptions and decisions and are not nearly so easily mended.

Decades of service to Girl Scouts U.S.A., in multiple capacities, instilled a respect for that organization that compels continuing support, although no longer in a formal capacity. I served as a volunteer and later board member on Business Volunteers for the Arts and its reincarnation as Arts & Business Council of Greater Phoenix, including founding chair of its auxiliary Bravos. And I served more than a decade supporting arts programs for underserved youth as a member and executive committee member on the board of Rosie’s House: A Music Academy for Children.