Quiet Does Not Mean Silent 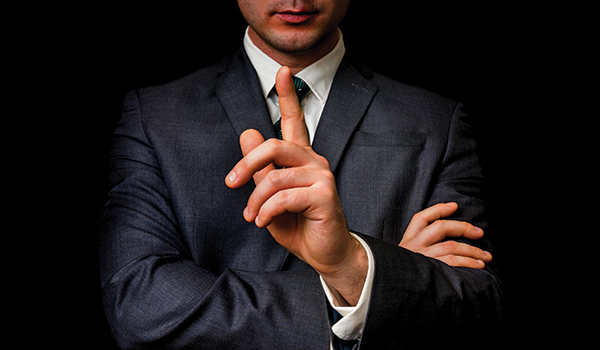 Today’s comprehensive fundraising campaigns often include a quiet phase before going public. But what does quiet really mean to executives who sit on nonprofit boards?

“The quiet phase is really about growing your circle of influence every quarter and progressively amplifying what you are doing to achieve your strategic plan,” says Lori Bachand, Sacramento State’s associate vice president for advancement communications and stewardship. Her institution’s eight-year campaign launched in July of 2015. “It’s definitely not silent or secret. It’s like turning the stereo volume up and up instead of off for silent and on for public.”

It is critical, in fact, to begin that “drum beat” of campaign progress without shouting from the rooftops that the campaign is in full public mode. But why?

For starters, early gifts provide seed funding for the campaign, which can be motivational to other prospective donors, ensuring greater potential campaign success. This phase also offers a period of adjustment and preparation for internal constituents and friends of the institution who might never have participated in a campaign.

During the quiet phase, nonprofits:

“Quiet,” says Bachand, “means we are not in a full-force, branded, ask-everyone-for-gifts campaign mode. It’s more interpersonal and conversational, and is about relationship-building with those who will be in lock step with us during the campaign process, but also who will be leaders — whether making leadership gifts, being ambassadors for the university or making donor introductions.”

Those lock-step partners, naturally, include board members. Jeff Swanson, senior vice president for philanthropy at Orange County United Way, says his organization’s quiet-phase communications strategies have been internal and board-focused. At a summer retreat “quiet launch,” board members brainstormed ways to provide visibility for the campaign and engage others in building awareness and excitement for United Way’s four strategic community initiatives in health, education, housing and financial stability.

He also formed a bi-monthly board task force, which provided training on personal storytelling. “As a result, our board is now equipped to share personal messages about our fundraising goals with prospective donors and out in the community,” says Swanson.

Both Swanson and Bachand agree that the quiet phase offers campaign flexibility. “There is no textbook approach to having a comprehensive campaign; it’s about what’s right for the institution and tweaking along the way,” says Bachand.

For example, Sacramento State made the decision to roll out branding concepts during the quiet phase, a strategy that will provide the development team and board with tools to more appropriately make asks. “At the 18- to 24-month mark of our campaign, it was the right thing to do for us — especially since we haven’t had a comprehensive campaign in 20-plus years. We didn’t want to be meek about announcing this exciting campaign and the positive changes it will bring.”

For Swanson, the quiet phase has provided a different kind of flexibility. “We have used bits and pieces of our campaign messaging, testing it,” he says. “It’s causing us to change the way we’ve been trumpeting certain taglines before we go public, and, in some cases, we’ve adjusted the way we will educate and engage future donors.”

As they work to secure gifts behind the scene, both nonprofits are sharing only the necessary details to create buy-in and enthusiasm. Sacramento State is stating its goal to “double fundraising efforts” rather than sharing a campaign goal amount. Both organizations are developing incremental, smaller fundraising initiatives as part of the overall campaign, referring to them as components of their strategic plans. Using words like “initiative,” “proposed project” or “directive vs. campaign,” they’re able to celebrate the completion of those initiatives, so that when the public is invited to participate — no matter the size of the gift — success is just steps away.

Says Swanson, “This strategy helps educate our audiences so that when we do go public, they will say, ‘Oh, of course! This is what the United Way should be doing to help the community. We want to help, too.’”

How can organizations communicate campaign milestones, recognize donors and refer to fundraising priorities if the campaign is still in the quiet phase?