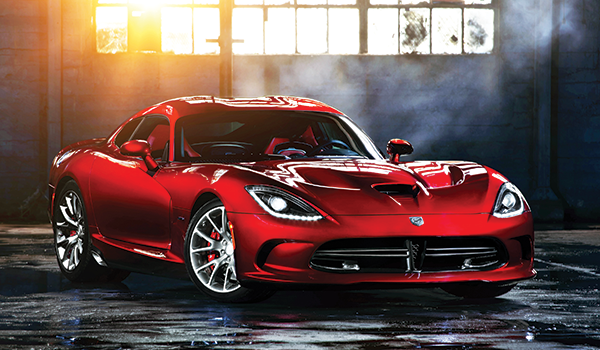 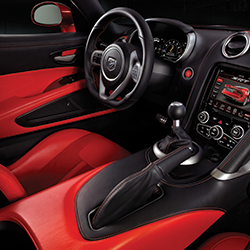 Set to debut in December, the new Viper SRT is a complete redesign by Chrysler engineers to offset the fear many had with the original model that was plagued with maintenance problems from day one. This new machine is expected to truly impress and begin again the race to build the next generation of American ultra sports cars and win out over the well-known European counterparts.

With a 640-hp V-10 engine and a body made of magnesium, aluminum and carbon fiber, the SRT is said to be a speed demon with a 0-to-60 time of 3.5 seconds and a top speed of 206 mph. Touted by the manufacturer as more reliable with all-new stiffer suspension, lighter weight and a trustworthy Tremec-supplied six-speed manual transmission, the SRT may well have catapulted to a reliable status among sports car aficionados, comparable to the new Corvette C7, Mustang’s (much less expensive) Shelby GT500 and even a Ferrari. 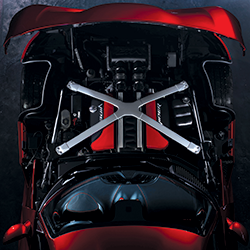 Styling is still sleek and updated, an obvious transition from the original model. European-influenced angles, a mean stance and many design options allow precision customization. Six color choices are offered for the SRT Viper — Adrenaline Red, Black Venom, Bright White, Gunmetal Pearl, Race Yellow and Shadow Blue Pearl — all available with some sporty stripe choices. The more than 150,000 combinations available to customize this beast, including audio options (10 to 18 speakers), interior choices (updated leathers and amenities) and wheel designs (at least 8) mean this new Viper will truly be unique.