You are here: Home / In Business / Piper Trust: Community Benefit Continues Legacy of Founder
In Business  |  Nonprofit  |  May 2013 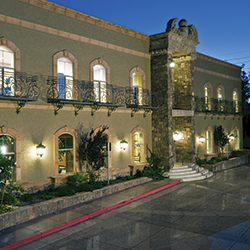 The impact of the Virginia G. Piper Charitable Trust on Maricopa County nonprofits goes beyond the $21–$22 million it grants every year. “We have tried not only to recognize the importance of the financial awards, but be partners [to nonprofits in the community],” says Judy Mohraz, president and CEO of the Trust.

The Trust was established in 1995, when Virginia Galvin Piper, widow of Motorola founder Paul Galvin, died and left $600 million to fund its foundation. “The challenge is how to focus [the grants] strategically,” Mohraz says. “How can we make a bigger difference, rather than spreading it across many fields?”  The answer is to concentrate on the six areas Virginia G. Piper identified and gave to during her lifetime.

“Grants are important, but we try to support and strengthen the community in other ways as well,” Mohraz says. These efforts include bringing in national experts in areas that nonprofits care about and need to improve, such as strengthening their own boards; making investments in leadership, awarding sabbaticals for up to five nonprofits leaders each year; introducing best practices; and introducing new models such as helping them learn new approaches to fundraising.