You are here: Home / In Business / Philanthropy on the Rise – for a Third Consecutive Year!
In Business  |  Nonprofit  |  September 2017

Philanthropy on the Rise – for a Third Consecutive Year!

by Richard Tollefson and Michael Tyra 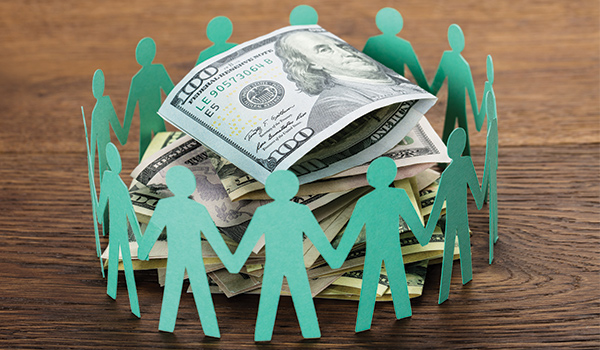 As this year’s “Giving USA Annual Report on Philanthropy” notes, 2016 was certainly an unusual year for giving in the United States. Between a tumultuous and all-encompassing election and increasing societal tension, it wouldn’t have been too surprising to see an off-year for philanthropy. Instead, we saw the opposite!

Total giving increased for the third consecutive year, reaching an all-time high of $390 billion. Of the four major sources of giving (individuals, corporations, foundations and bequests), only bequest giving was down slightly from 2015. In addition, giving to all nine major nonprofit sectors (arts and culture, education, environment and the animals, foundations, health, human services, international affairs, public society benefit, and religion) was up and, in many cases, reached all-time highs. This was driven, in large part, by an ever-improving economy featuring a 4-percent increase in consumption and disposable personal income, and 9.5-percent growth in the S&P 500.

But many often ask, “What do all these numbers and graphs really mean for me and my organization? Why should I care that giving went up a couple percentage points?” While the numbers themselves may not change much from year to year, they often reveal important trends that are key to achieving fundraising excellence.

Here are a few of our major take-aways from this year’s report.

The combined giving by individuals, bequests and family foundations yielded nearly 87 percent of total giving in 2016. That is a massive chunk of the pie and accounts for nearly $340 billion. So why does corporate giving still garner most of the hype and dominate most nonprofits’ fundraising strategies? Because it’s often thought to be the simplest and most accessible form of fundraising for understaffed, overworked and/or inexperienced nonprofit professionals. On the other hand, individual giving can be intimidating and confusing for many. We hear it all the time: “I don’t know where to start!” “Who should I be talking to?” “I don’t feel comfortable asking individuals for money.”

Despite these reservations, the numbers clearly show that, if a nonprofit is not already doing so, it needs to begin orienting its fundraising strategies to optimize individual giving. This can start by engaging an experienced development professional or fundraising counsel to help:

Online Giving Is Here to Stay

While it was tempting a few years ago to label online giving as a passing fad, or solely the domain of international aid organizations, the report indicates the trend is showing staying power! Blackbaud’s data index showed that online giving to nearly all the nine major nonprofit sectors not only increased in 2016, but outpaced other giving methods. Ironically, one of the only sectors to show a decline in online giving was international affairs.

This illustrates how important it has become for a nonprofit to invest in optimizing its website to not only support online giving, but to make the process easy to encourage repeat or recurring donations. Additionally, just because a donor is giving digitally does not mean that tried-and-true cultivation and stewardship practices don’t apply. An organization’s goal for any donor should be to engage them more deeply and meaningfully into its mission and programs. For online donors, especially those who don’t live near the organization, this may take the form of regular email updates, impact reports and phone calls.

Episodic or Rage Giving Is Real

While the name may seem frightening, it’s a real phenomenon that’s being highlighted by the divisive recent election and its aftermath. Giving USA research has indicated a number of organizations are benefiting from fears amongst their supporters that political change will negatively affect issues they care about. This has driven a sharp increase in contributions to both progressive and conservative causes in the later part of 2016.

While we will have to wait until next year to see if rage giving has staying power, it’s pretty clear that, in the current divisive atmosphere, donors are receptive to politically centered appeals.

How to Better Engage Corporate Partners

While they may only provide approximately 5 percent of the giving total, corporations are increasingly concerned with their corporate-social responsibility agenda. To take advantage of this, instead of always looking for corporate grants or outright gifts, nonprofits should also explore in-kind, volunteer, and other non-revenue partnership opportunities.

How to Better Engage Foundation Partners

Foundations are increasingly narrowing their focus and looking for comprehensive and collaborative solutions to social issues. It is imperative that organizations actively engage foundation executives early on and make them partners and collaborators in initiatives.

Richard Tollefson is founder and president and Michal Tyra is director of client and community engagement at The Phoenix Philanthropy Group, an Arizona-based international consulting firm serving nonprofit organizations as well as institutional and individual philanthropists.