In Perspective: The U.S.-Mexico Border 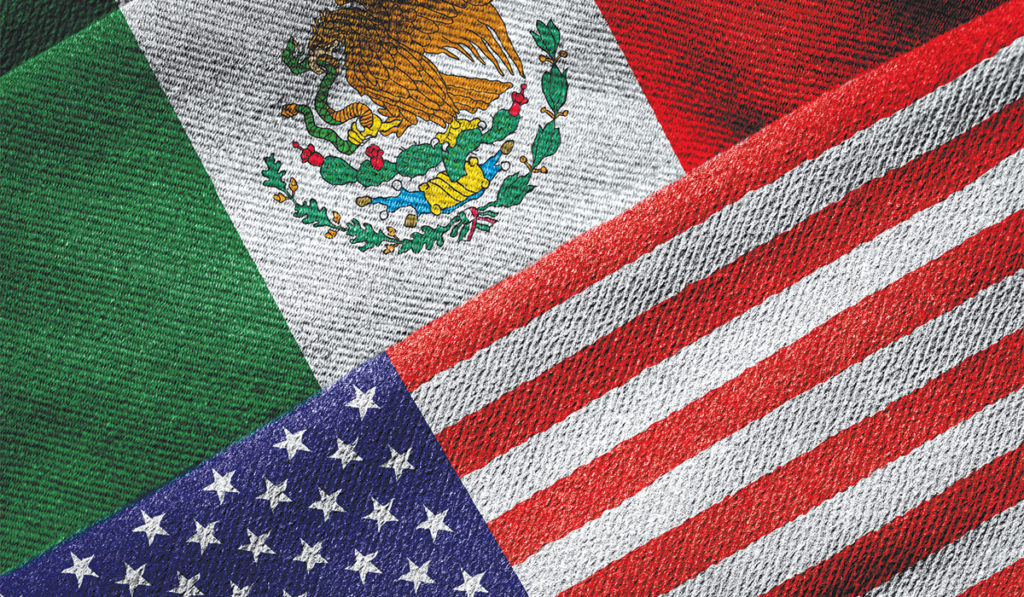 My first academic position was at New Mexico State University in 1991. On my first day there, I was shown a plan to improve border crossing operations from Mexico to the United States. I’ve been involved in Mexico-U.S. issues ever since.

Since I study transportation and logistics issues, I initially spent considerable time understanding, explaining and evaluating the relevant parts of the North American Free Trade Agreement. Businesses needed to know about the border crossing process, which prescribes where each country’s drivers can operate, what the equipment limitations are and what information has to be exchanged. For example, NAFTA included a controversial provision (twice suspended) allowing Mexican drivers to deliver Mexican freight to U.S. companies. I headed a research team at Arizona State University that designed a way to test these drivers for English proficiency. Although access for Mexican drivers remains stalled for political reasons, learning about the interaction between state safety responsibilities and federal customs inspection procedures has been invaluable for informing my classes on trade.

Joint efforts with Industrial Engineering resulted in a simulation model of the Mariposa Port of Nogales, as we tried to understand capacity issues in the Guaymas Port-Nogales-Tucson corridor. Much of the fresh produce consumed during the winter in the U.S. comes through Nogales, so this is by far Arizona’s busiest crossing and its efficiency is vitally important. Further studies led the General Services Administration to implement a $160-million upgrade to the port, and today the Arizona Department of Transportation is improving connections between the port and the nearest interstate.

A second project with Industrial Engineering produced a sophisticated forecasting system for the Douglas-Agua Prieta crossing in Southeast Arizona. Both Douglas and Yuma believe Mexico is an important driver of economic development for their respective areas, and I have participated in studies to quantify those possibilities as much as possible.

On a more “macro” level, I helped facilitate discussions of Arizona’s efforts to work with Mexico to build a new seaport, Punta Colonet, south of Ensenada, to relieve congestion at the ports of Los Angeles and Long Beach. Working with various state and federal agencies, we found that one major sticking point was, Asian traffic for the U.S. would have to clear Mexican Customs and then, later, U.S. Customs, increasing the risk of delays. And then there was the matter of a $5-billion rail connection that would have to be built from the new port to the U.S. border and operated by a Mexican railroad partially owned by the Union Pacific.

Most recently, I have been involved in two initiatives relative to Mexico and NAFTA, which is being revisited under the current administration. I helped a Mexican consulting company evaluate the ability of Mexico’s logistics infrastructure to handle established and new automotive assembly operations throughout the country. We learned that various Mexican seaports probably had adequate capacity, at least in the near term, but that there were opportunities both for third party logistics companies and especially for rail operators if they could improve their capabilities. The huge investments in Mexico by multiple car manufacturers from Europe, Asia and the U.S. suggest that the auto industry is really North American in scope and that Mexico’s less expensive labor force is critical to its ongoing success. As an aside, a number of these plants export to many non-NAFTA countries, and Mexico is looking to increase those exports wherever possible.

The second initiative was through the George W. Bush Presidential Center, where I contributed to the North American Competitiveness policy paper the center produced, which indicated that the movement of people and information is just as critical as goods movement to the efficient workings of the North American economies.

So, it’s been a fascinating 25-year ride thinking about Mexico-U.S. connections, both at the detailed operational level and the larger policy/economic development questions. Thanks to my experiences, I hope I’ve been able to communicate the subtleties and complexities of two different cultures and economies trying to make the most of the synergies between them.

And that plan I saw my first day at New Mexico State? It is now the Santa Teresa border complex, complete with a $400-million investment from Union Pacific, as well as a Foxconn plant that is reputed to be the largest supplier of build-to-request computers for Dell North America. So, I continue to believe in the border as an opportunity for all of us to prosper.

Arnold Maltz, Ph.D., is an associate professor in the Department of Supply Chain Management at Arizona State University’s W. P. Carey School of Business. He has been with ASU since 1997. Projects on which he has consulted include Course Development, Accenture, in 2009; Advisory Services, Unified Grocers, in 2007; The Southwest Gateway: Logistics on the Arizona/Mexico Border, Yuma Port Authority, in 2007; and Advisory Services, Innovative Brands, in 2007.