You are here: Home / In Business / Pat Bondurant
In Business  |  Online  | 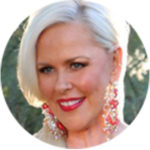 Pat Bondurant, president and CEO of the 50-year-successful Bondurant Racing School, is the wife of founder Bob Bondurant, world champion race car driver. The family-owned school is globally recognized as the expert authority on driver training and safety. BONDURANT brings an average annual economic impact of $35 million to the Greater Phoenix area. She serves as the fierce visionary to take BONDURANT into the next 50 years.

Bondurant led through the recession while 113 other driving schools folded, including close competitors. This industry is very expensive to maintain, yet she leads the strategic planning and marketing, negotiates with multi-million-dollar sponsors and top automotive executives, and secures the five-star service, as well as travels the globe alongside her famous husband as the brand ambassadors for BONDURANT.

BONDURANT is a small company on a big global stage — the BONDURANT brand raves a 5-star rating with close to one billion social impressions a year. In charge of maintaining the stability of the future to remain the world’s best and protecting the BONDURANT brand, Bondurant calls her role “an ongoing precarious achievement.”

Raised among five very successful brothers, her training in understanding the male psyche came at a very early age. She was a beauty queen and runway model who had aimed for a career in fashion, but her destiny turned left and pointed to the polar opposite side of the career spectrum — the once all-male-dominated industries. She led successful careers in aerospace, architecture, television, cars, investing and, now, racing school. Her business résumé includes working for NASA/Teledyne Brown Engineering first as a draftsman then promoted to designer on the first Space Shuttle, and being hired by United Technologies to be the lead designer on the Tomahawk Cruise Missile facility. Taking her last paycheck, Bondurant launched her own architectural firm, winning a National Architectural design award. As marketing director at SSOE, the eighth-largest engineering firm in the nation, she re-located from Nashville to Seattle. Health issues forced a move to Arizona, where she invested in and jointly started a new TV station rolling out documentaries.

Bondurant has chaired, volunteered and donated her time and resources to help raise millions of dollars to literally hundreds of charities. She is the 2018 Honoree of the St. Jude Children’s Research Hospital. She credits her tenacity to achieve success from her career-driven mother, and enjoys watching her own two children succeed in the business arena.