Success also hinged on connecting with the right associates 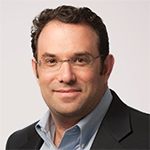 In ten years, Ori Eisen, founder of 41st Parameter, took his Internet-fraud-fighting company from zero revenue to $25 million with $80 million worth of backlog orders already in place and a sale to Experian, the global information services conglomerate, for $324 million.

But the decision to go out on his own was not an easy one. As head of fraud detection at American Express, “I had the cushiest job in the world,” Eisen says. “I was working for one of the top 100 companies in the world and was making good money. But my soul did not find satisfaction.”

Eisen had led the development of particularly effective online fraud fighting methodologies. It frustrated him that these solutions could not be shared to companies throughout the online marketplace. “In 2004, 20 percent of Internet revenue was lost to fraud,” he says. Yet, because it was the merchants who took the hit, banks had no interest in helping them fight fraud more effectively. “It gnawed at me that I was doing something wrong,” he recalls. “I wanted to share the cure. I wanted many organizations to benefit from the solutions I’d developed.”

This was the premise for starting his own company. He found a unique source of support in Frank Abagnale, a former conman of great renown, and the real-life subject of the Steven Spielberg movie Catch Me if You Can. Eisen pursued Abagnale’s services to consult for American Express. But when he shared his vision with Abagnale, the ex-conman told him, “Quit your day job and I’ll support you.” And he meant it. Abagnale helped open doors for Eisen and even filmed a TV commercial for 41st Parameter.

Choosing the right people to associate with has been essential to Eisen’s success.

He counsels extreme patience when it comes to hiring. “It’s 20 million times better than hiring the wrong person, only to let them go later, with all the angst that comes with that.”

Eisen suggests being just as selective about investors. “Choose investors who are passionate and believe in what you are doing, who are not just interested in how quickly you can make them money.”

To find the right people, Eisen advises, you have to be able to say no to the wrong ones. “You can’t be nice to everybody,” he says. “You have to know what your company is about and what it’s not about.”

He’s had to learn to say no to customers as well. A few years back, the biggest bank in the U.S. at the time approached 41st Parameter with a $3-million deal. They were so enthusiastic about their new partner’s capabilities that they wanted to promote the engagement to the public at large. But 41st Parameter always operates covertly. “What we do works because nobody knows we’re there,” Eisen explains.

Eisen refused the arrangement and the deal fell through, and “the next board meeting was a rough one,” he says, when he had to explain his decision to forego such a large piece of business. But about six months later, the organization that accepted that bank’s business and their terms had their fraud-fighting systems fundamentally compromised, and Eisen was vindicated.

Eisen advocates promoting from within whenever possible. “Remember, Einstein started out as a patent clerk,” he says. Getting to know your people and their passions on a more personal level is essential for understanding their true potential, he suggests. “Identify your Einsteins, people who can do more than what you hired them for.”

He points out that businesses with this kind of culture of opportunity are much more likely to retain the talent they attract. “If they’re only working for salary and bonus, your people will leave when your competitors come after them,” Eisen says. “Spend time thinking about the culture of your company, the morale of your team. Ask yourself, ‘Are we a great place for people to work?’”