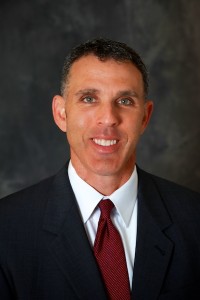 Northern Trust , a leading provider of financial services for affluent individuals, families and institutions, announced today that Stephen Barber has joined the Phoenix office as Senior Wealth Strategist.  In this role, Barber works with individuals and families to identify how Northern Trust’s investment and wealth management capabilities can help them reach their financial goals.

Prior to joining the Phoenix office, Barber was a senior wealth advisor in Northern Trust’s Houston office.  Barber previously served as senior vice president at Wells Fargo Private Bank in Los Angeles and as a partner at Solamere Advisors in Charlotte, North Carolina. During his 15 years in the financial industry, Barber has specialized in designing customized tax and financial planning solutions for high-net-worth clients.

Barber earned his law degree from Wake Forest University School of Law, his bachelor’s degree in English from the University of South Carolina and his Master of Laws in Tax from the University of San Diego School of Law.  He currently serves as a reservist, is a judge advocate general and holds the rank of commander in the United States Navy. Stephen Barber is based in Northern Trust’s Phoenix office at 2398 East Camelback Road