You are here: Home / In Business / Nicole Stanton
In Business  |  Online  | 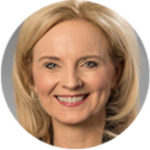 On a national level, Stanton serves as the firm’s assistant general counsel, protecting the firm’s interests and counseling its lawyers on ethics and risk management concerns. The firm has strengthened its financial and operational positions both locally and nationally as a result of its measured growth under Stanton’s leadership.

A broadly experienced litigator, Stanton has defended several local and national law firms, accounting firms, financial institutions and insurance brokers. Stanton also handles cases involving real estate, higher education and wrongful death. She is consistently listed as a Southwest Super Lawyer and identified in Best Lawyers in America for her work. In 2016, she became an arbitrator with the American Arbitration Association.

In the community, Stanton currently serves as a board member of Charter 100 Women and the Arizona Equal Justice Foundation. She is one of only a handful of lawyers in Arizona to be elected into the prestigious American Law Institute. She is a founding board member and past president of the Women’s Metropolitan Arts Council of the Phoenix Art Museum. For many years, Stanton also served as an adjunct professor at Arizona State University Sandra Day O’Connor College of Law, and she is a graduate of Valley Leadership Class XXIX. In 2012, in her role as First Lady of Phoenix, Stanton founded The Dion Initiative, a statewide anti-bullying initiative committed to promoting environments that foster children’s health, well-being and academic success. Through her efforts, The Dion Initiative brought the world’s leading expert on bullying to Arizona for a statewide summit for educators regarding best practices on bullying prevention. She has received numerous honors for her work on behalf of Arizona’s children — most notably, the Horace Steel Child Advocacy Award from the Children’s Action Alliance in 2016.

In 2016, the Arizona Summit Law School Women’s Law Association presented Stanton with the first-ever Woman of the Year Award. She has been similarly honored with the YWCA Tribute to Women Award and the Southwest Center for HIV/AIDS Outstanding Achievement Award.