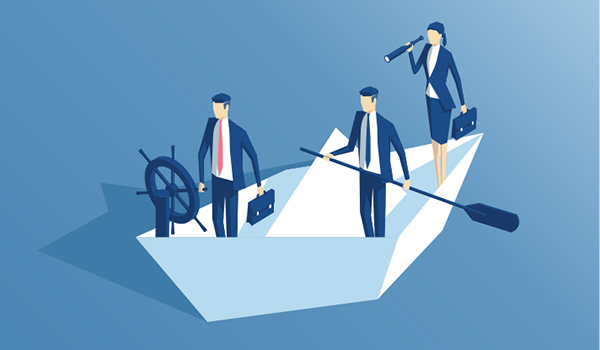 Since the inauguration of Donald Trump as the 45th President of the United States, U.S. international trade policy has undergone several momentous changes, and more developments are on the horizon. Most recently, the continued viability of international trade agreements, such as the North American Free Trade Agreement, has been called into question, as well as the U.S. government’s call for more aggressive enforcement of trade violations. The possibility of further liberalization of sanctions programs (e.g., Cuba, Sudan), possible new sanctions on Iran, North Korea, Syria and Russia, and the proposed border adjustment tax could significantly impact U.S. companies with multinational operations. This means new challenges and, perhaps, even new opportunities for U.S. companies. It also triggers the need for new strategies for adapting quickly to this fluid environment, including taking an active part in key decision-making processes.

The most recent developments have involved U.S. free trade agreements (FTAs). The U.S. currently maintains FTAs with 20 countries. Whether U.S. companies import finished goods or raw materials duty-free into the United States under the NAFTA or other agreements, or certify that their own products qualify for these programs, FTAs provide significant cost and duty savings for importers, as well as give U.S. products a key competitive edge in global markets. Congress has granted broad authority to the President to negotiate, enter and even withdraw from FTAs under the Trade Act of 1974, as amended. The President may unilaterally terminate or withdraw from an international agreement after providing formal notice to the other signatory countries. With respect to NAFTA in particular — which entered into force in 1994 and includes the U.S., Canada and Mexico — Section 2205 of the agreement allows any party to unilaterally withdraw after providing six month’s written advanced notice to the other parties, and the agreement would continue in force for the remaining parties. Per Section 125(c) of the Trade Act of 1974, the President may also increase tariffs on goods that are imported from former partner countries from 20 to 50 percent of the rates that were in effect in 1975.

On May 18th, new U.S. Trade Representative Robert Lightizer notified Congress of the Trump Administration’s intent to initiate negotiations with Canada and Mexico to modernize NAFTA. The Administration asserts that renegotiation is warranted because NAFTA is outdated in areas that include digital trade, intellectual property rights, customs procedures, labor and the environment. Lightizer has also recently requested public comments from interested parties on matters relevant to the modernization of NAFTA in order to develop specific U.S. negotiating positions. The formal renegotiation process with Canada and Mexico could begin as early as mid-August. Upon conclusion of the negotiations, the resulting agreement will, ultimately, be submitted to Congress, which would work with the Administration on drafting and voting on the implementing legislation. President Trump also issued Executive Order 13796 on April 29th that requires a comprehensive performance review of all bilateral and multilateral trade and investment agreements, and a formal report identifying specific violations and abuses, unfair treatment of U.S. interests, and instances where an agreement did not benefit the United States. The report is intended to be used to guide future trade policy decisions and negotiations, including the possibility of renegotiating those agreements.

Withdrawing from existing FTAs would likely draw significant opposition in view of U.S. companies’ reliance on these agreements, and the detrimental effects on their international supply chains. Withdrawal from FTAs would result in higher tariff rates on imported goods, which would increase U.S. manufacturing costs and the price of goods for U.S. consumers. In addition, U.S. exporters would likely find that their products would become less competitive in overseas markets given that customers in those countries would be paying higher retaliatory duties on U.S. goods. However, U.S. companies may actually benefit from efforts to modernize NAFTA and other FTAs, such as through the elimination of remaining tariffs on U.S. goods, elimination of non-tariff barriers and technical barriers to trade, greater protection of U.S. intellectual property rights, expansion of markets for sensitive industry sectors (e.g., agriculture, textile and apparel), and more aggressive enforcement of trade violations.

In terms of navigating this fluid environment, U.S. companies should monitor these developments very closely (e.g., the U.S. government’s commitment to more aggressive enforcement of trade violations, liberalization of economic sanctions programs, new sanctions imposed on bad actors, and the possibility of a border adjustment tax as part of a proposed corporate tax reform effort). This will allow companies to adjust their global strategies with respect to sourcing, entry into new markets, and ensuring that their internal compliance policies and procedures fully address new regulatory and legislative requirements. U.S. companies should also be aggressive in voicing their concerns and needs to the key government decision-makers and Congress to ensure their interests are considered and protected throughout the process.

Melissa Proctor is a shareholder of Polsinelli, P.C. She has significant experience in customs laws and regulations, export controls, economic sanctions, and international trade.

The following resources can provide additional information on importing and exporting, as well as the latest developments in international trade and business.