How Much of Arizona’s Economy Goes South? 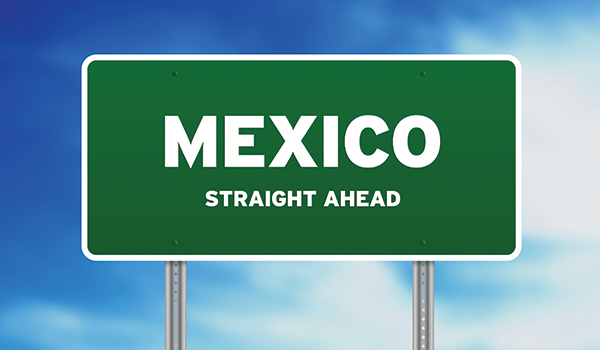 Trade with Mexico has been a hot topic for the past few years. That currently still holds true, but the tenor of that discussion has changed. Given the differing attitudes emanating from the various national and state policy makers, In Business Magazine is taking a look at cross-border trade’s place in Arizona’s economy.

WalletHub recently conducted a study to gauge the impact on individual states of economic fallout with Mexico, noting, “The border between the U.S. and Mexico may soon expand into a 40-foot-high, 1,000-mile-long concrete barrier separating us from them. On Jan. 25, President Donald Trump issued an executive order to immediately begin erecting a border wall. But the million-dollar question or, more accurately, the $15 to $25 billion question is: Who will pay for it?

“During his presidential campaign, Trump suggested that Mexico itself should fork over the cash to keep its own citizens out of American soil. And when our southern neighbor refused, Trump instead proposed taxing all Mexican imports by 20 percent to finance the wall’s construction. In brief, the so-called “border-adjusted tax” would be imposed on U.S. corporations and discourage them from offshoring business.

“If and when the president’s plan comes to fruition, experts predict it will trigger a trade war between our two nations. But the impact of the economic fallout will be different for every state. WalletHub’s data analysts therefore compared the 50 states and the District of Columbia across five key indicators gauging the effects of the possible trade battle.”

Eller College of Management at Arizona University has been studying economic impacts of our state’s trade with Mexico for several years, and its research shows the dollar value of Arizona merchandise exports to Mexico has risen substantially over the past five years, from $6.0 billion in 2011 to $8.3 billion last year.

Noting this is a 37.7 percent increase during the past five years, George W. Hammond Ph.D., director and research professor at Eller, puts it into further context when he explains the dollar value of Arizona’s exports to Mexico fell by 9.2 percent last year, “driven in part by the massive appreciation of the U.S. dollar versus the Mexican peso since mid-2014. The U.S. dollar is up by 57.8 percent versus the Peso since mid-2014.” Citing figures for tourism, which is separate from trade data, Dr. Hammond adds, “Mexican visitors are estimated to have spent $2.3 billion in Arizona in 2013.”

According to Dr. Hammond, director and research professor at Arizona University’s Eller College of Management, Arizona’s largest merchandise export sectors in 2016 were computers and electronic products,transportation equipment (autos, parts, aerospace), minerals and ores (copper) and electrical equipment. In addition, huge amounts of fresh produce flow from Mexico to the U.S. through Arizona’s border ports of entry this time of year, creating Arizona jobs in warehousing, distribution and other sectors. Additionally, he notes, the state tourism sector benefits greatly from Mexican visitors.

Arizona will also feel an impact of change in other states’ trade with Mexico. Says Dr. Hammond, “All U.S. states send exports to — and receive imports from — Mexico through our Border Ports of Entry. In 2016, the total value of merchandise flowing through our border ports with Mexico totaled $30.1 billion.”

Looking separately at employment figures, and explaining that employment-related data is not tracked by U.S. federal statistical agencies, Dr. Hammond says the numbers we hear about are guesstimated by researchers, but Eller’s Economic and Business Research Center does not create those estimates. “While I can’t vouch for the number, it is commonly stated that there are about 100,000 Arizona jobs associated with exports.”

Exports to Mexico as % of Total State Exports

Exports to Mexico as % of State GDP

Imports from Mexico as % of Total State Imports

Imports from Mexico as % of State GDP

% of Jobs Supported by Trade with Mexico