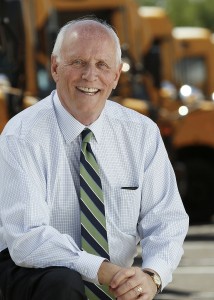 “Mesa Public Schools is an alternative fuel leader in its community and nationwide,” Michael Taylor, PERC director of propane autogas business development, said. “The school district’s propane autogas bus fleet is one of the largest and greenest in the nation, displacing 2,789 tons of greenhouse gas emissions.”

Mesa Public Schools operates the largest school bus fleet in Arizona and has converted 89 of its 517 buses to propane autogas. The propane autogas fleet transports thousands of students each day, and in 2013 displaced 198,813 gallons of diesel fuel.

Mesa Public Schools has set a goal to become the first district in the nation to run a 100-percent, all-propane-autogas bus fleet.

“We’re committed to showing parents and residents in our community that we’re doing everything we can to be fiscally and environmentally responsible,” Ron Latko, Mesa Public School’s director of transportation and vehicle maintenance, said. “The fuel is green, safe, and proven, and we plan to keep converting diesel buses until we run 100 percent on propane autogas.”