You are here: Home / In Business / Local, Independently Owned & Operated Stores Vie for a Piece of the Lucrative “Day-after-Thanksgiving” Pie
In Business  |  Online  |  Nov. 21 2012 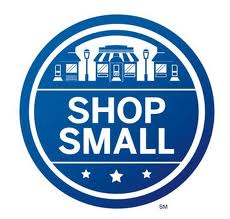 Thanksgiving is here this week and retailers have been gearing up for some time for the holiday shopping season. Before you know it, that annual ritual of finding the best deals, aggressively fighting lines of rabid shoppers and waiting for the stores to announce BIG deals will be here. Yes, Black Friday is almost upon us. This day, along with Small Business Saturday, are two days of the year when stores usually take in BIG gains. The National Retail Federation projects “holiday sales this year will increase 4.1 percent to $586.1 billion. NRF’s 2012 holiday forecast is higher than the 10-year average holiday sales increase of 3.5 percent.”

Big box stores and national chains are not the only businesses whose bottom line is greatly affected by this annual sale, though. This year, local, independently owned and operated retailers are trying their hardest to lure Valley customers in with aggressive holiday deals sure to give the BIG boxes some BIG competition!

Take, for example, In the Pink Boutique, a small gift and home accessories shop located in the Camelback Corridor whose owner is not only having a Black Friday sale this year but, for the first time ever, is also taking part in Small Business Saturday. Store owner Andrea Evans says, “The store’s sales profits from last year far surpassed even the national average by seeing an increase of 20 percent from Black Friday sales compared to that of the year before.” Evans also says she “is trying her hand at Small Business Saturday this year to make the experience different from years past.” Evans says she sees people shopping for themselves just as much as for others on Black Friday and hopes the same sentiment extends to Small Business Saturday this year.

The Arizona Retailers Association says they are projecting a 3.5-percent increase and that locally owned and operated businesses are eagerly anticipating those sales. “The energy in our stores is very positive. It seems like everyone I talk to is really excited about the holiday season,” says Brian Faber, co-owner of Zia Record Exchange, an independent music store with locations in the Valley, Tucson and Las Vegas

The bottom line this holiday season is that holiday shoppers aren’t the only ones aggressively competing this Black Friday and Small Business Saturday. It appears that local, small businesses are also fighting to aggressively compete — in this case, to earn the business of those BIG BOX consumers. “’Tis the season” to be shopping, and Valley store owners whose wish lists are all about the sales hope that means “local.”