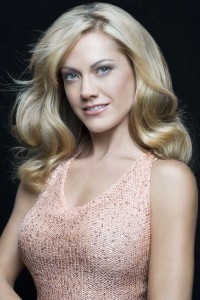 atery, a sports bar that pays homage to the old public houses of America, England, Scotland and Ireland, has named Torie Lynch as vice president of Marketing. Lynch has been working in Social Media and Marketing for Tilted Kilt Franchise Operations (TKFO) for the last seven years.

Prior to that, Lynch was in restaurant management for Tilted Kilts in Scottsdale and in Tempe. Lynch lived in Los Angeles, where she acted for several years. She appeared in such shows and commercials as “General Hospital,” “Diagnosis Murder,” “Rescue 77,” McDonald’s and the movies The Girls Room, Ping and Zarcorr the Invader.  During her time in Los Angeles, she also paid her dues in the restaurant industry working as cashier, server, cocktail waitress, bartender and bar manager.

“I’m excited for this next step with Tilted Kilt,” said Lynch. “The last seven years I’ve worked closely with the marketing team because of my former position in social media. It is an honor to step into this new role.”

Lynch has a Bachelor of Arts in Media Journalism from California State University, Northridge. Lynch is passionate about social media and feels that it is changing the way businesses market themselves and interact with their fans and guests. Social media has transformed the world of marketing from static to interactive. In addition to social media, Lynch has also been responsible for putting together the well-known Tilted Kilt calendar, The Kilt Clan email loyalty programs, the retail apparel program and various special events.

“Lynch has proven to be a true asset to our team here at Tilted Kilt,” said Tilted Kilt President Ron Lynch. “She will oversee all aspects of marketing and branding within our company. We don’t have any doubt that Lynch will thrive in her new position.”

Tilted Kilt currently has 100 open units in the U.S. and Canada and 20 in development. The original restaurant concept was developed in the Rio Hotel in Las Vegas in 2003.