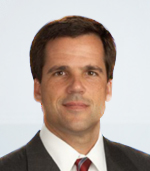 Limelight Networks, a leader in digital presence management, today announced that it has appointed Peter Perrone to become the company’s next chief financial officer, reporting to Limelight CEO, Robert Lento.

“Pete’s broad experience working with companies ranging from early stage start-ups to established industry leaders, his technical background and financial knowledge, combined with his deep understanding of Limelight, make him an ideal addition to the team,” stated Lento. “As a board member, he understands the market opportunity for Limelight, and our strategy and direction. I look forward to his contributions as we continue to execute against our plans.”

Perrone brings more than 20 years of technology innovation and business leadership to his new role. Prior to joining Limelight as an employee, for the past 12 years he held the position of managing director at Goldman Sachs within the merchant banking division, where he focused on enterprise and Internet infrastructure investing. In that role, Perrone served on the board of directors for several firms, including Limelight. He will step down from his position on the Limelight Board of Directors as he joins the firm as a senior vice president effective August 19, 2013, and will assume the chief financial officer responsibilities after a brief transition period.

“I’ve been closely involved with the company as a member of Limelight’s board of directors for many years and have a great perspective on its potential,” stated Perrone. “I’m delighted at this opportunity to enter the next phase of my career by joining the Limelight team as we focus on expanding our business.”

Following a transition period, current Limelight CFO Douglas Lindroth will leave the company to pursue other business and professional interests. “I want to thank Doug, who several years ago also moved from a seat on Limelight’s board to the CFO role, for his dedication and significant contributions to the company,” Lento continued. “We wish him success in his future endeavors.”