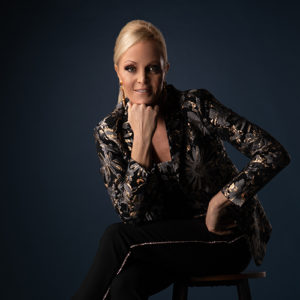 Currently celebrating more than 15 years in the auction business and having raised more than $500 million for charity, Letitia Frye has truly earned her title as America’s foremost Auctiontainer.” She is a beautiful, elegant, multi-talented, bilingual (English/ Spanish) woman who is a big success in a field generally occupied by men. She has an innovative flair, and treats each event as a “special” performance.

Frye is able to effortlessly combine her expertise in entertainment, fashion, fundraising and her humanitarian efforts to help so many in need and make a difference in peoples’ lives. After a devastating accident in which she was struck by a car while running, leading to a traumatic brain injury, combined with the sudden death of the father of her children, Frye decided to broaden her span beyond auctions in order to help more people. She is now a motivational speaker and author, and believes that her passion for others is the secret to success in work and life.

Frye has spent many years working with orphans in Haiti, Doctors in Hospice, spending time with hospital researchers, rescuing abused and abandoned animals, volunteering at various camps for children, and granting wishes through Make A Wish. She believes the only way to understand the mission of a charity or nonprofit is to personally provide time and effort to help those in need. As a formally trained actress with a degree in theater from the University of Southern California, Frye literally dives into her work as an actor does to prepare for a role, immersing herself in every aspect that she can to better understand her client.

Frye has received many awards for her work in the community both locally and across the country. She received the prestigious Babe Caylor Leadership Award in 2017 for her work with LGBTQ youth. Frye was a 2018 finalist for the Athena Awards, an honor she holds so very near to her heart, as she has mentored more than 60 men and women free of charge toward bettering their lives, an enormous factor in being made an Athena. Her most humbling honors have come with having two of the awards she received now named after her: the 1N10 Letitia Frye Excellence in Fundraising Award, and the St Jude Children’s Research Hospital Letitia Frye Humanitarian Award.

Although she works all over the United States and outside of the country, Frye calls Scottsdale home. When not on a stage, she can be found running through the beautiful scenery of North Scottsdale, mentoring a woman into her dream life or on an adventure with her kids. Frye has two beautiful children, whom she accounts for helping her tackle every obstacle that has come in front of her and for her continued success in all fields of her career. Frye is excited to be working with Sound Wisdom Publishing on the release of her new book, #NO RESERVE! Stayed tuned for her new upcoming vlog featured on her site!