You are here: Home / In Business / Leonardo Loo Receives 2013 Community Leader of the Year Award from National Association of Asian American Professionals
In Business  |    | 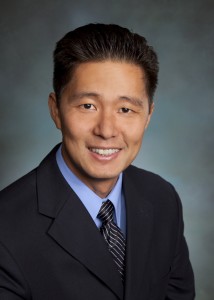 The national law firm of Quarles & Brady LLP today announced that Leonardo Loo, a partner in the firm’s Phoenix office, received the Community Leader of the Year Award from the Phoenix chapter of the National Association of Asian American Professionals.

Loo received the award for his devotion to the community and outstanding service to the Valley. The award was presented to him at the organization’s annual dinner event on January 11.
Loo is a member of the firm’s Corporate Services and China Law practice groups. He practices in the areas of mergers and acquisitions, commercial financing, international transactions, securities and general corporate law involving clients in a wide variety of industries. He is also a member of the boards of directors of several organizations, including the Arizona Asian American Bar Association, Chicanos Por La Causa, Inc; and Greater Phoenix Black Chamber of Commerce, and he also serves as general counsel for the Arizona Hispanic Chamber of Commerce.