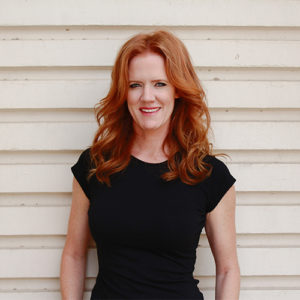 Lauren Bailey is the CEO and co-founder of Upward Projects. Named to the Nation’s Restaurant News “Power 50” list in 2019, Bailey focuses on strategy, conceptualization and development for 14 restaurants over five brands in three states. Three additional locations are currently in development. Recently named to the Inc. 5000 list of the nation’s fastest-growing companies for the fourth year in a row, Upward Projects places an emphasis on preparing high-quality food and adapting and reusing historically relevant buildings that are an integral part of the neighborhoods they serve. The brands are comprised of Postino, Joyride Taco House, Windsor, Churn Ice Cream and Federal Pizza. Collectively, Bailey is responsible for growth and vision of the existing company as well as future projects.

Bailey recently completed a five-year term as a board member of Local First Arizona, an organization determined to protect, strengthen and foster local business. She is also a steering committee member for Devour Phoenix, a citywide, nonprofit coalition of independent restaurants that maintain a forum for sharing ideas, increasing Arizona’s visibility as a culinary destination, stressing the importance of sustainability and hosting culinary-driven events. She is a board member of the Entrepreneurs Organization, a group comprised of 12,000 entrepreneurs from all around the globe, plus sits on the Grand Canyon University Colangelo College of Business Advisory Board, the Phoenix Children’s Hospital Corporate Advisory Board, the Tyrann Mathieu Foundation Board, and is also a proud “big sister” with Big Brothers Big Sisters of Central Arizona for six years running. In 2013, Bailey was recognized by the Arizona Republic in its “35 Entrepreneurs Under 35,” while in 2014, she was inducted into the Arizona Culinary Hall of Fame as Restaurateur of the Year, honored as the 2014 Food Pioneer by the Arizona Restaurant Association, and selected by the Phoenix Business Journal to the “40 Under 40 – Class of 2014.” In 2015, the Phoenix Business Journal selected Bailey as the 2015 Outstanding Women in Business honoree. Most recently, Bailey was selected as a finalist for the Ernst & Young Entrepreneur of the Year award.

Bailey was raised in the State of Indiana and has inhabited a fair number of cities up and down the East Coast, including New York City and Nantucket. She attended Arizona State University, graduating in 2002 with dual degrees in communication and fine art. In her spare time, Bailey travels the world, chases her five-year-old, hunts for vintage treasures, creates art, cooks dinner for friends and spends time with the most important people in her life.