Studies compare economies and cultures to identify how we fit in 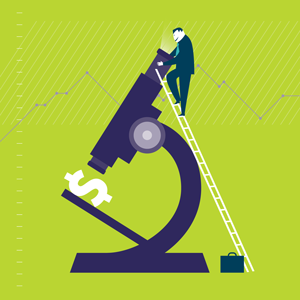 From entrepreneurs to housewives, everybody benefits from having a bit more information about how their hometown stacks up. WallletHub has conducted two studies that compare our community to others nationally in the areas of diversity and culture — giving consumers and businesspeople a glimpse into how we perform on many key data points.

Running a good business or starting one up always involves doing a market study of the community the company will be conducting business in. That includes everything from competition to consumer makeup. Many companies do not look at how their marketplace compares to others nationally. A recent survey compared the Phoenix market and the San Diego market in terms of marketing dollars spent. The survey concluded that San Diego spent more money on certain marketing products than the Phoenix market. Does this mean that doing business in San Diego could be more profitable than operating that same type of business in Phoenix? It may well be. However, getting a glimpse into the key factors that may make one metro area a better fit than another can start with how diverse an economy that community may be and how well it may resemble the stereotypical market we think of as a “U.S. market.”

Touching on diversity, WalletHub recently completed a survey to identify the most and least diversified economies by city. Phoenix came in at No. 89 out of 350, while Yuma was ranked at No. 9. Many of the researchers found that productivity increased in cities that were more professionally diversified, resulting in higher economic growth. During the recession, many of these higher-ranked cities were less volatile to the perils many other cities experienced. Certain sectors of business may decrease while others increase, making a diverse professional population function like that of a strong investor portfolio. Diversification will offset losses in the declining sector.

Similarly, looking at how our business community compares to what we think a national picture of a consumer may be will allow for greater insight into how a product here may work in a city elsewhere. It also allows businesses insight into how credible this market is compared to the “national average” on many levels. WalletHub looked at 366 of the largest metropolitan areas nationally to identify comparisons in age, gender, income, household makeup and housing tenure. By ranking these cities, it becomes possible to see consumers’ varied priorities when it comes to certain habits and needs.

The ranking lends credibility to our market, as businesspeople can compare Phoenix, for instance, to another metropolitan area where they have done business or plan to. The Phoenix metro area ranked eighth out of 366 metropolitan areas. Many companies test market products here because we identify so closely with the overall makeup of the U.S. consumer. There is strength in knowing that our market and the success or failure of a business or product line has a strong likelihood of performing similarly in other parts of America. Furthermore, looking at how our area stacks up can provide comfort for a startup or an entrepreneur who plans strong growth in time. Similarities of age, gender and other factors to other metropolitan areas may mean that other cities ranked similarly to Phoenix will be ripe for future business.

Our diversified economy and high ranking compared to national statistics provide advantages for growth and economic opportunities that lesser-ranked cities will not likely realize.

How Does Phoenix Compare?

In order to identify the most diversified local economies, WalletHub examined 350 of the largest U.S. cities across three key metrics — industry diversity, occupational diversity and worker-class diversity. See top 10 and where Phoenix, Ariz. ranked among them.

WalletHub examined various demographical stats for 366 of the largest metropolitan areas in the U.S. to identify the cities that address consumers’ varied priorities. The data set includes simple metrics such as age, gender and income as well as more complex metrics such as household makeup and housing tenure.