You are here: Home / In Business / John Lines: Adding Value in Auction Innovation
In Business  |  From the Top  |  September/October 2015 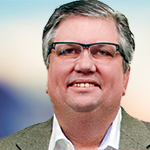 Supply chain end-of-life for one business may be just the beginning for another, and John Lines’ Phoenix-based Surplus Asset Management helps make that connection as businesses remodel or close. “We sell a grocery store chain, and that allows little mom-and-pop bakeries or pizza or grocery stores to open up for a huge savings over new equipment,” says Lines, founder and CEO of SAM. Working with clients in grocery, hotel, restaurant and retail, his team will value, appraise, remove and sell equipment or stock the company considers surplus.

For the business divesting itself of its surplus assets, Lines’ service turns loss into profit. A recently signed grocery store client, Lines relates, used to spend $1 per square foot to empty a store when it closed one. SAM’s auction of a 90,000-square-foot store saw sales of $80,000. “That’s a $170,000 swing,” Lines points out.

Since taking his experience in the auction business working for others to open SAM in 2004, Lines has brought several innovations to the industry. Boosting online auctions up an extra notch, he began doing online simulcasts with the onsite auction. “It has opened the buyer base to anywhere,” he says, noting it has reaped his customers 50 percent more money.  Although not all auctions are simulcast live — if there are only a small number of lots or the landlord does not permit a live auction — all of SAM’s auctions are online.

And to address the specialized tracking needs of auction and surplus asset management, Lines has developed an inventory control system. The standard program is designed to automatically reorder when inventory gets low, Lines points out; his is designed to enable the user to keep track of the inventory so it can be used somewhere else or others can access it and sell it. He will be rolling it out this fall to make it available to end-user customers and vendor partners.

Recycling — which Lines says, “has always been important to me” — is an area in which he feels he has made a difference. “If items don’t sell, we send roughly 90 percent of those items to recycling. It’s not always about making money — we do it simply because it’s the better way of doing things,” he says, citing recycling as one of his company’s biggest priorities. “A lot of times, we can get a 60,000-square-foot store down to one dumpster, of just dirt and garbage.” It’s a new mindset for his clients, and he has lobbied them that “it’s better for the environment and the bottom line.” A dumpster full of materials can cost $1,000 to throw away, for example, but if they recycle that same dumpster they can instead actually make a profit of a few hundred dollars from it. “It doesn’t make any sense not to,” he says.

A few years ago, Lines saw an opportunity to apply an auction solution to the field of reverse logistics. “Returns are one of the biggest expenses for retailers,” Lines says. “They used to just sell by the truckloads to get some of their money back.” Instead of blindly selling by the truckload, SAM organizes an online simulcast auction and sells by the pallet. “It has increased the amount of sales, and allows buyers to get more specific items,” Lines says, explaining that an eBay power seller, for instance, often concentrates on a specific niche market such as tools or household goods and would not want a truckload of miscellaneous items.

Observing, “Reverse logistics is a huge market that not a lot of people are going after yet,” Lines says he is working with two of the three largest of these companies in the country to help grow that business for them. “We’ll have partnerships to help [these middlemen] liquidate. They’ll still sell truckloads, but we will add value by being their auction arm.”

Since starting SAM with grocery stores, Lines has added restaurants, hotels, reverse logistics and Las Vegas casinos to his clients. His latest market is bankruptcy trustees. A plus SAM brings to them is being a national company and therefore able to handle assets that may be scattered around the country. “We’re a one-stop shop,” Lines says, explaining SAM is licensed to do auctions in 40 states “and others don’t require a license.”

Saying his company averages at least two auctions per week, Lines observes, “Our auction method works well with a lot of different markets.”