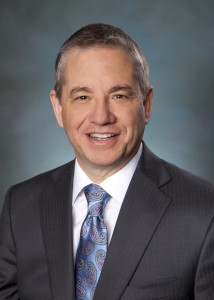 The national law firm of Quarles & Brady LLP today announced that local partner Jeffrey H. Wolf has been named Legal Eagles for 2014 by Franchise Times magazine. Legal Eagle honorees are attorneys who are viewed as the best franchise lawyers, at the top of their games, nominated by their peers, clients and the Franchise Times’ editorial board as the rainmakers, go-to lawyers and ethical problem solvers in the franchise community. They speak at industry events and legal symposiums, win court cases, write seamless contracts and documents, and otherwise meet the evaluation criteria of the Franchise Times editorial panel. This year, 193 lawyers in the United States were named and will be featured in the April issue of Franchise Times magazine.

Wolf is a member of the Franchise & Distribution Team, in the firm’s Phoenix office. His national litigation practice focuses on representing franchisors in complex cases, including the defense of class actions. For nearly 25 years, Wolf has handled a variety of cases involving terminations, transfers, rights of first refusal, the implied covenant of good faith and fair dealing, trademark infringement, franchisee associations and unfair competition. Wolf has been named to the International Who’s Who of Franchise Lawyers by Who’s Who Legal, The Best Lawyers in America® and Southwest Super Lawyers® lists consistently for several years, and was named by Southwest Super Lawyers® as one of the Top 50 attorneys in Arizona in its 2012 and 2013 editions. He earned his law degree from Washington University in St. Louis and his undergraduate degree from the University of Hartford.