You are here: Home / In Business / Jan Wichayanuparp: Making Ice Cream Social
In Business  |  From the Top  |  August 2017

Passion, community and a little help from Yelp 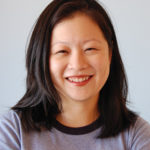 Jan Wichayanuparp started her career in a very different place from where she is today as co-founder and “chief ice cream hustler” for her artisan ice cream shop, Sweet Republic. Before opening the first location in 2008, Wichayanuparp served as vice president of Asia Pacific Equity Capital Markets at Citigroup, where she oversaw equity and equity-linked transactions.

It was in 2001 that Wichayanuparp realized she wanted a career more personally fulfilling than the one she had made for herself. On Sept. 11, she was attending Citigroup’s Global Associate Training Program at 7 World Trade Center in New York City, located across the street from where the twin towers fell. Says Wichayanuparp, “The actuality of something like that happening in real life, right in front of me, completely boggled my mind.” Witnessing an awful tragedy and being unsure of what was ahead, she recognized life is finite and you have only so much time to do what you love. For Wichayanuparp, that was ice cream.

Wichayanuparp became passionate about ice cream at an early age while her family was living in Bangkok, Thailand, and later when they immigrated to Los Angeles — where she was introduced to more varieties and styles of ice cream. “Ice cream is my favorite food group,” she shares. “Still today, the majority of my days start with a little scoop of ice cream in my morning coffee.”

As much as she enjoys eating this frozen treat, Wichayanuparp didn’t have much experience when it came to making or selling it. Wichayanuparp knew that for her dream of creating a neighborhood ice cream shop to come true, she had to partner with someone who had culinary experience. This was her first realization that building a business isn’t a one-woman job — it takes a community.

In 2008, Wichayanuparp partnered with Helen Yung, a former colleague and friend who attended Le Cordon Bleu and has impressive culinary experience training in Sydney, Australia, and working in Berkeley. Together, Wichayanuparp and Yung opened their first Sweet Republic in Scottsdale, Arizona — created with the sweet mission to put a smile on each and every customer’s face.

With Wichayanuparp from the West Coast and Yung from the East, these two entrepreneurs needed to create a support system from scratch to grow their new shop. Without established roots in Scottsdale, they turned to platforms like Yelp to build awareness for Sweet Republic among local residents. “When we opened Sweet Republic, we had no marketing or advertising budget to help get the word out to the community about who we are or what we do,” Wichayanuparp states.

Knowing Sweet Republic wouldn’t be a success without the support of Scottsdale residents, Wichayanuparp immediately claimed her free business page on Yelp. With millions of people turning to Yelp each day for recommendations, this gave Wichayanuparp the opportunity to reach a new set of customers looking for the ice cream experience Sweet Republic offers. “It was the beginning of the artisan ice cream trend and many people didn’t know what to expect,” remembers Wichayanuparp. “Using Yelp allowed us to set expectations with customers and create an experience for them before they even walked into our store.”

Since opening in Scottsdale, Sweet Republic has launched a Phoenix location, opened in Phoenix Sky Harbor International Airport and can be found at Whole Foods stores around Arizona.

Continuing to build their community, the Sweet Republic founders believe in sharing the pleasure of ice cream in a way that is responsible to the environment and the area in which they live. Wichayanuparp and Yung source their milk and cream from independent Arizona dairy farms, and handcraft their ice cream in small batches using all-natural ingredients that are good for their guests.

While being a savvy businessperson and having the ability to crunch numbers are important to a company’s growth, Wichayanuparp attributes passion and community to be two of the driving forces behind Sweet Republic. “What gets me up in the morning is the powerful knowledge that I can choose to build every day — my staff, my customers, the community of Arizona growers and suppliers that I work with, my friends, my family and my business,” says Wichayanuparp.