You are here: Home / In Business / Insurance: Quietly Supporting the Economy
In Business  |  Feature  |  July 2013 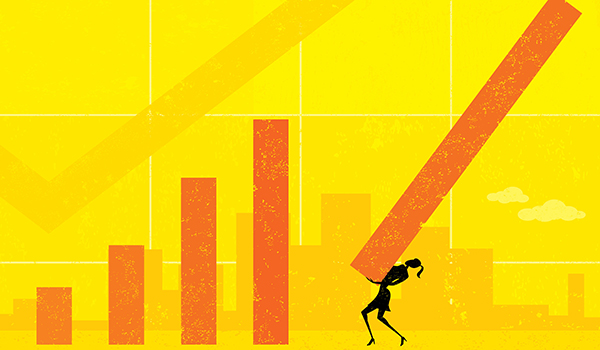 It’s not too often that Arizona State University President Michael Crow is joined by Arizona Gov. Jan Brewer to say, “Welcome to the neighborhood!” But when ASU’s new neighbor is looking to occupy 2 million square feet of office space valued at $600 million, who can blame the duo for leading the welcome wagon?

The planned regional headquarters for State Farm Insurance recently announced for ASU-owned property along Tempe Town Lake will bring with it jobs — hundreds of them from construction to occupation — and a land lease that will help the university pay for new sports facilities. Across the Valley in midtown Phoenix, homegrown SCF Arizona has extended its headquarters’ building lease for another 17 years while working on plans for growth that will bring its share of more high-paying jobs. “We look forward to bringing new opportunities,” says Don Smith, president and CEO of SCF Arizona.

These are just a few reminders that, while the insurance industry has quietly gone about its business, it has become an economic development powerhouse. According to the most recent annual report from the Arizona Department of Insurance, there were 1,818 companies licensed in Arizona that wrote premiums worth more than $24.5 billion (yes, the italics really appear in the report). “With an open-door policy and willingness to sit down with insurers and related businesses, it is an appealing place to do business,” says Director Germaine Marks.

While most companies are based elsewhere, the shining star among the Arizona insurers is SCF Arizona, which, since its start in 1925 by the Arizona Legislature, has focused on workers’ compensation plans. Collectively, its seven subsidiaries reported a balance of just under $1.1 billion by the end of 2012, an increase of nearly 40 percent from the previous year.

Now come new possibilities for SCF Arizona as 2012 brought the end of its status as a quasi-governmental agency. Foremost on the company’s agenda is to become regional and provide other products, Smith says. Its first plan is to provide property and casualty coverage to businesses. “We’re staying true to the mission,” he says. “Originally, we had supported business.”

There are few property and casualty companies in the West that do regionalized business compared to the Midwest where Smith grew up. “It helps create consistency and continuity in the marketplace,” he says. But before any growth, plans call for the company to assume a new name by year’s end to reflect its separation from the state, Smith says.

The Legislature has interest in the industry in a different way. One measure approved by the House and making its way through the state Senate would give the state’s insurers the chance to invest in Arizona’s future through technology. If HB 2646 sponsored by Speaker Andy Tobin (R-District 1) is enacted, companies will be allowed to take up to $50 million in credits against state taxes owed in the next three years if they invest that amount in high-tech, early-stage firms. Tobin declined to be interviewed as long as his bill hasn’t had a final vote.

But the speaker’s idea is in good company. A 2010 policy brief from the Arizona Chamber Foundation stated, “Lowering the tax liability for insurers through either credits or rate reductions could encourage these companies to invest in Arizona-based operations, create and retain jobs, and maintain competitive insurance rates.”

A question about rate levels arose in 2011 when the U.S. Department of Health and Human Services reviewed the state department’s health-insurance rate hikes of at least 10 percent, noting Arizona was a state without regulation for effective rate reviews. In its five-year plan effective July 1, the Department of Insurance commits to improving the efficiency and effectiveness of a state-based regulatory system, noting it is better equipped than the federal government to handle consumer complaints and insurance law violations. The state’s firm but fair regulatory environment is what underlies the strategic plan, and “that is one of many considerations for insurers when they are determining where they want to base their business or sell their products,” Marks says.

While regulatory environment can impact where a company does business, some types of insurance are deciding factors whether sectors can do any business at all. This is the case of title insurance, which all federally regulated lending institutions require for mortgages and construction loans — making it a good barometer of real estate activity. As real estate bounces back, so does the amount of title insurance. Currently in Arizona, residential title insurance is at 80 percent of the level seen in 2007 and commercial is at 50 to 60 percent, says Richard M. Marsh, Tempe-based vice president and regional counsel for Fidelity National Title Group.

In residential, some buyers have paid cash for investment homes, allowing them to skip the title insurance. However, Marsh is far from bitter about being left out. “Without the investors, the residential market would have been dead,” he says. And after renting out the homes through a bad economy, the owners are helping the market again by putting those homes up for sale. No doubt many of the buyers will get bank-issued mortgages — requiring title insurance. The circle of life continues in the business world.