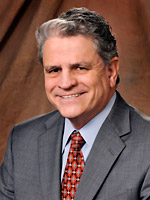 Education advocate and founding chairman of the Helios Education Foundation, Vince Roig, has been named the 2013 Afterschool Champion by the Arizona Center for Afterschool Excellence.

Roig will receive the award on Saturday, Nov. 2, at the 12th Annual Arizona Statewide Afterschool Conference & Awards of Excellence Luncheon at the Phoenix Convention Center, North Building Ballroom, in downtown Phoenix. Also at the luncheon, innovative afterschool programs and staff from around the state will be recognized for their exemplary work in delivering quality youth development programs.

“Vince Roig’s entire career has been focused on and dedicated to education,” said Melanie McClintock, executive director of the Arizona Center for Afterschool Excellence. “His efforts have touched the lives of students at every level of the educational spectrum.”

Roig holds both Bachelor of Science and Master of Science degrees in secondary education. He founded Helios Education Foundation, the largest nonprofit organization serving Arizona and Florida focused solely on education, in 2004. The Foundation has invested millions of dollars in education-related programs and initiatives in three impact areas: early childhood education, the transition years and postsecondary scholarships.

Before founding Helios, Roig was president and chief executive officer of Southwest Student Services Corporation, a full-service provider of student loan products and services. He serves or has served on the boards of numerous organizations including: Teach for America National, Stand for Children National, Take Stock in Children, Greater Phoenix Leadership, Phoenix Aviation Advisory Board, Stand for Children Arizona Advisory Committee, Valley of the Sun United Way and the Phoenix Art Museum. He also currently serves as chair of the board for the Arizona College Scholarship Foundation.