You are here: Home / In Business / Healthcare Fallout on Small Business
In Business  |  Roundtable  |  August 2017

by Andrew Cavenagh and Farrell Quinlan 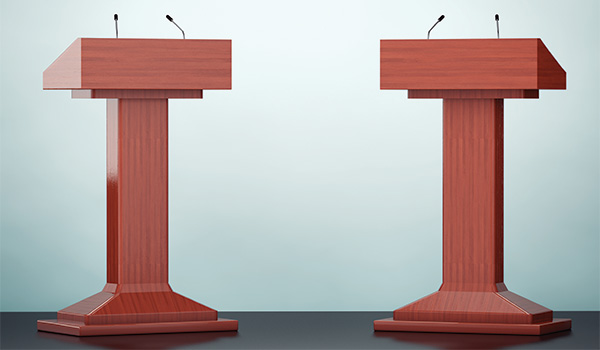 The Affordable Care Act’s (Obamacare) health insurance exchanges are poised to collapse. By 2018, nearly 40 percent of all counties nationwide are expected to have only one insurer participating in the exchanges. More insurers are expected to leave the exchanges in the coming weeks. Tens of thousands of Americans in dozens of counties could have no exchange plans to choose from.

The failure of the exchanges spells trouble for the millions of people who depend on them. But it also spells trouble for businesses. If the individual market falls apart, companies’ health insurance costs will increase, potentially substantially.

Next year, some insurers may increase exchange plan premiums by 50 percent. Those price hikes could drive people out of the individual market, which would raise costs for employers in two ways.

First, many people, especially those who don’t receive subsidies, won’t be able to afford insurance policies. When they need healthcare, they’ll turn to emergency rooms, which treat all patients regardless of whether or not they have insurance. Every uninsured patient costs hospitals an additional $900 per year.

Hospitals won’t simply accept these losses. They will start demanding higher reimbursements from insurance companies to cover some of the cost of treating the uninsured. These costs are then passed onto both self-insured and fully insured employers.

The ACA’s creation of the individual insurance exchange could have benefitted businesses. But if the exchange now collapses, employers’ healthcare costs would soar. Congress can avoid burdening job-creators by preventing this impending meltdown.

Repeal of Obamacare: Now More than Ever

For seven years, the opponents of the Obamacare healthcare law have been promising to repeal and replace the unpopular, costly and unsustainable federal intervention into and excessive regulation over one-sixth of the United States’ economy.

Now that they have won the White House and majorities in both congressional chambers largely on opposition to Obamacare, it’s time for them to make good on their campaign promise.

While Congress seems unable, if not unwilling, to act, healthcare costs continue to surge and Main Street businesses struggle to stay viable while Obamacare crumbles around us in text-book demonstrations of adverse selection and an insurance market death spiral.

Here’s a taste of Obamacare’s bitter fruits for Arizona:

An analysis last year by the Kaiser Family Foundation revealed that Phoenix had the nation’s largest premium increase for the Obamacare exchange’s benchmark silver plan — up 145 percent from $207 to $507 per month for a 40-year-old non-smoker.

Arizonans in the exchange experienced, on average, a 116-percent premium increase for the benchmark silver plans, and those purchasing individual market plans abided a mere 54 percent bump.

Congress must not fail to seize this last, best opportunity to not only avoid single-payer but to put America’s healthcare system on the mend toward a more patient-centered system based on the free market rather than government control.

Though not perfect — no legislation ever is — the bill being considered by the U.S. Senate does many good things, including massive tax relief by eliminating or delaying 11 of the most burdensome Obamacare taxes, which are crushing small businesses and driving up costs. It also eliminates the devastating individual and employer mandate penalties that discourage job creation, expansion and investment.

Farrell Quinlan is the Arizona state director for the National Federation of Independent Business, a leading national small-business association.